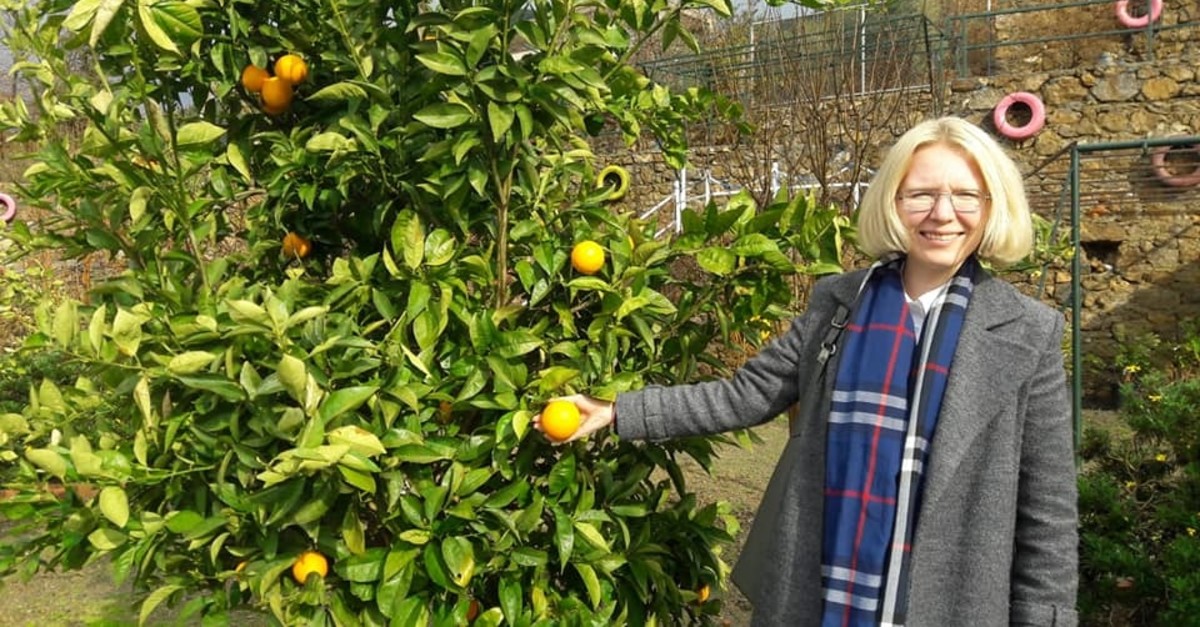 Anastasi Petrovna u00c7etinkaya will race as one of the mayoral candidates as an independent contender in Alanya, a resort town in southern Turkey.
by Mustafa Kırıkçıoğlu Mar 04, 2019 12:09 am

With the country inching closer to the local elections slated for the end of this month, all political parties have completed their candidate nomination process after arduous intraparty and alliance negotiations. Contenders from different backgrounds were fielded in order to appeal to voters from both ends of the diverse political spectrum. Anastasia Petrovna Çetinkaya is one of those candidates. The Russian candidate decided to independently run for mayor in the upcoming elections in Turkey's well-known holiday resort city of Alanya, in southern Antalya province.

Born to an ordinary Russian family as the daughter of a fisherman, Çetinkaya told Daily Sabah in an interview that her family's hard work gave her the opportunity "to get great education, experience and to decide what to do and where to live - in Turkey - a great country with endless opportunities for everyone."

"I graduated from two universities in Russia and Norway; I speak five languages and I am learning a new one. In these countries, I worked as business development manager on different international projects and was invited to work in the same position in Antalya. I have also been always engaged with social responsibility, charity, international cultural and tourism projects and I have great experience in branding and marketing as well," she said.

Alanya is one a favorite destination for Russian tourists visiting Turkey, whose numbers reached six million last year. With its long sunny days and hectic resorts during the summer, the district also attracts a huge number of tourists from other European countries, who may later seek citizenship to stay in the country permanently. Living in Alanya for nine years, she decided two years ago to become a mayoral candidate in local elections, and developed more than 45 projects with local and international experts for Alanya on city management, improving life conditions and tourism.

Çetinkaya emphasized productivity and long-term management as her main focus points to serve Alanya's residents and guests in the best way. She added that visitors' opinions must also be taken into account as the city is one of the most visited tourism destinations in the world.

"Planning must be done in the short and long run. When it comes to the municipality, it is not just about the planning of the city parks and road building, it is about the image of the city, about the satisfaction of the people living and visiting the city. It is all in one," she said.

There are about 1,000 residents from more than 50 countries eligible to vote in Alanya. Compared to the total number of voters, which stands at approximately 200,000, it doesn't constitute a significant percent. But Çetinkaya seeks to appeal to not just foreigners but all of the electorate of the district with her projects.

"We met many people and talked with them. They do not expect the municipality to solve all their problems as they know hard work is needed to get ahead, but they all also know that the administration can do better and that's why they want a new choice. In this election, with our experience and understanding as well as knowing the ideals of the community, we are offering this choice. Therefore the slogan of our campaign is 'BE THE CHANGE,'" Çetinkaya said.