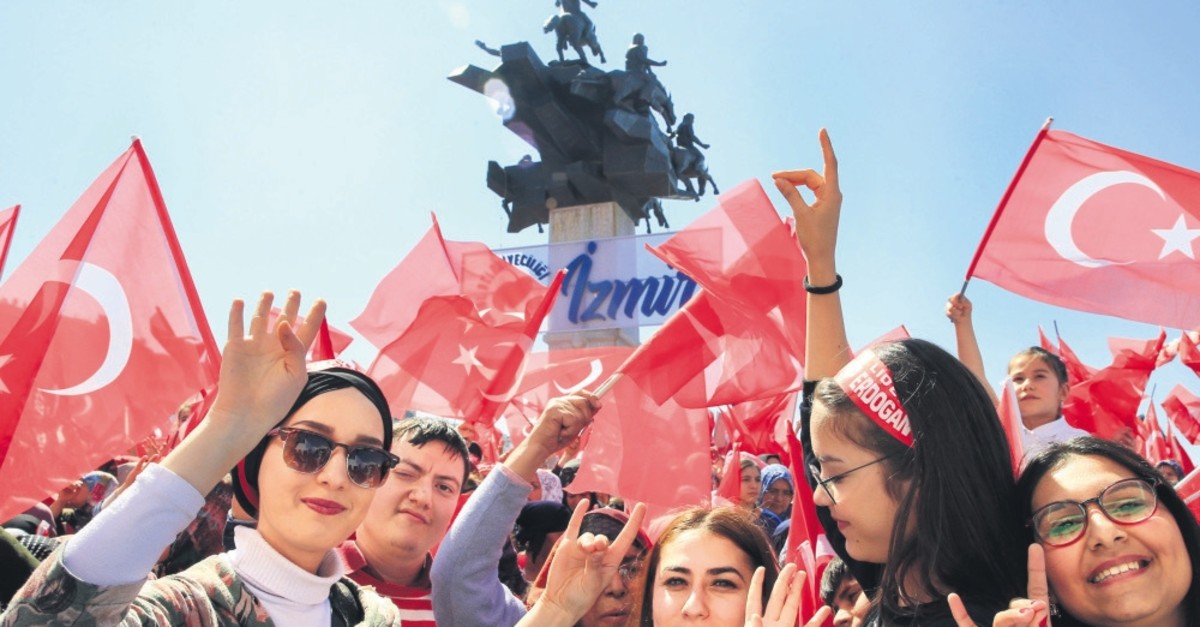 As the People's Alliance prepares for joint rallies in Ankara and Istanbul, the silence of its opponent raises questions about the unity of the Nation Alliance

We have just entered the last crossroads before the March 31 local elections. The chairmen of the People's Alliance – Justice and Development Party (AK Party) leader, President Recep Tayyip Erdoğan and the Nationalist Movement Party (MHP) leader Devlet Bahçeli – are expected to hold joint rallies in Ankara and Istanbul provinces this weekend. Both rallies are expected to see a record number of people in attendance. However, while the People's Alliance gets ready for such big events, the silence of its opponent, the Nation Alliance, has attracted attention as there are no such plans for any joint rallies in the country's large provinces for them so far.

This stillness of the Nation Alliance, formed by the main opposition Republican People's Party (CHP) and the far-right Good Party (İP) ultimately raises the question on the bloc's unity in terms of their political views. In particular when considering their alleged drawback of seen to be in partnership with the pro-PKK Peoples' Democratic Party (HDP), the veiled member of the alliance.

These eye-catching developments and the ambiguous situation of the Nation Alliance also got special attention from Erdoğan and Bahçeli in speeches during rallies. Erdoğan pointed out that CHP-İP's cooperation with the HDP is more visible than ever: "Pandora's box is open and we know who you are," he said at the launching ceremony of Ankara Amusement Park on Wednesday. He also compared the Nation Alliance with the Matryoshka doll, a Russian nesting doll, by emphasizing that the relation between the CHP-İP and HDP is obscure, tacit and vague.

On the basis of Erdoğan's remarks, the recent statements made by HDP co-chair Sezai Temelli last weekend made sense in terms of this clandestine relation where he was targeting both the CHP and İP over their joint candidate in Ankara and Istanbul; Mansur Yavaş and Ekrem İmamoğlu, respectively. Temelli explicitly claimed that both candidates' performances heavily depend on HDP's support and "they cannot ignore this fact."

The CHP has refrained from officially including the HDP, which has been condemned for its close ties with the PKK, in its electoral alliance with the İP amid fears of a possible backlash from its electorate. Despite his inciting remarks, Temelli has not received any response from CHP leader Kemal Kılıçdaroğlu or İP leader Meral Akşener yet. Instead, the only person who has reacted to Temelli's statements was Yavaş, who said that he would not be engaging with those who fail to distance themselves from terrorist groups.

Because of this ongoing political row, so far, the Nation Alliance has demonstrated disarray rather than a unified body, unlike the People's Alliance. In order to remain on safe ground, the CHP preferred to hold rallies in provinces where the candidates of the two parties claimed to be on the front, instead of holding rallies in much more risky provinces such as Istanbul and Ankara. This preference is also a reflection of the fact that the Nation Alliance aims to conceal its other "ally," the HDP, from the rally stages. In fact, it is visible to see the disfavor over HDP's engagement with the alliance especially when it comes to the İP's voter base. For instance, this week, the local administration of the İP in Istanbul's Beylikdüzü district protested against the CHP administration for including names from the HDP for high-ranking positions on city council candidate lists. Thus, a group of 22 party members from the İP resigned and said that they are nationalist and cannot accept lower-ranking positions than HDP members in the districts.

Unlike the scattered display shown by the Nation Alliance, the People's Alliance has a coherent, confident and unified strategy. No disputes or covertness have been presented by the AK Party or MHP so far. In light of these developments, both alliances can be seen to represent two different styles of Turkish politics and both are running to win the election race. We will see in just a week which one will prevail and persuade the voters by taking advantage of coherence and unity.