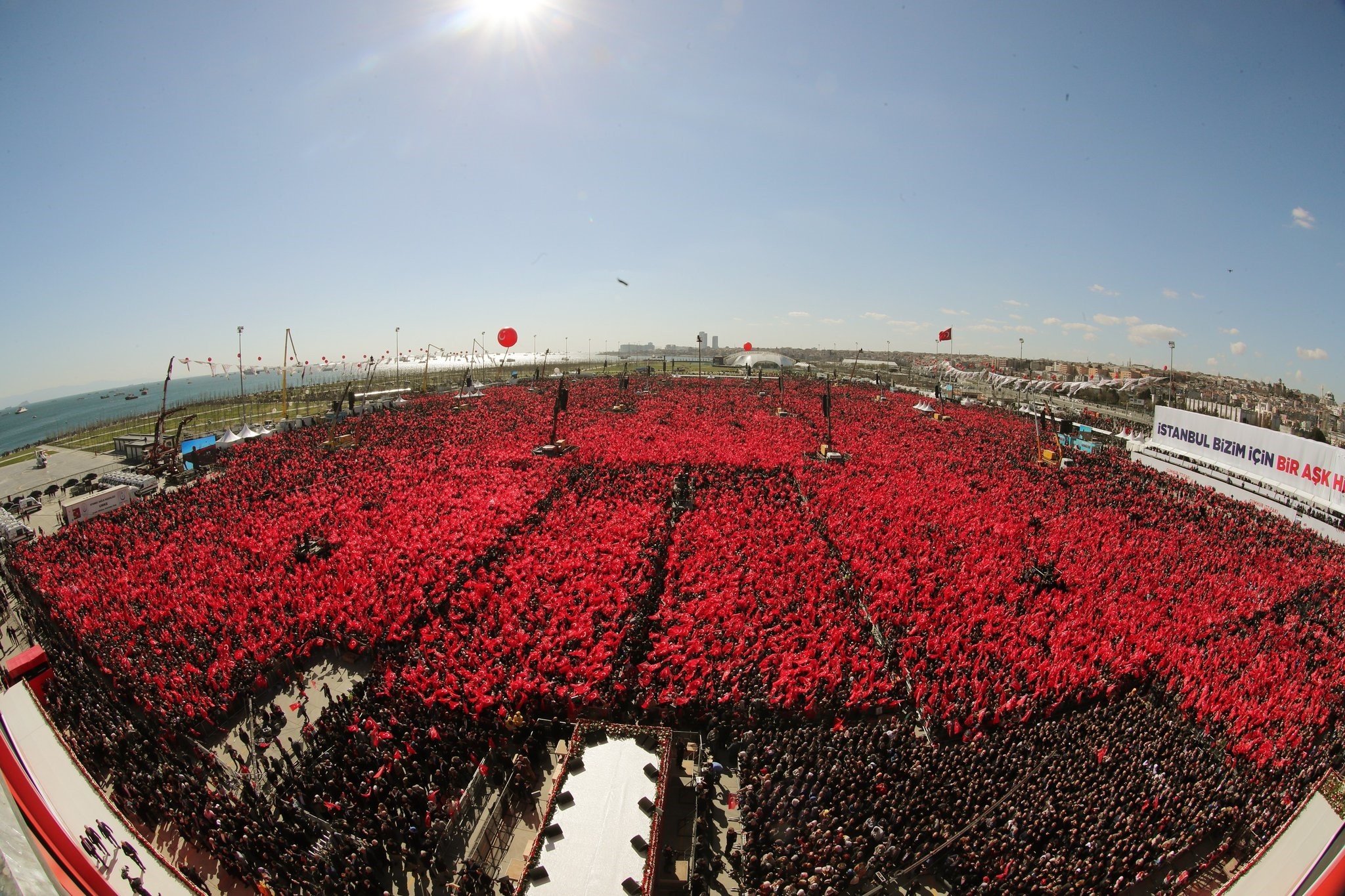 Some 1.6 million voters gathered in Istanbul's Yenikapı Square to attend a major joint People's Alliance rally between the ruling Justice and Development Party (AK Party) and the Nationalist Movement Party (MHP) ahead of Turkey's local elections on March 31.

President Erdoğan announced that Turkey will set up a biotechnology valley in Istanbul, creating 20,000 jobs.

He said that a variety of products ranging from vaccines to prescription lenses and chemotherapy drugs will be produced at the Tuzla Biotechnology Valley, estimated to cost 6 billion Turkish liras ($1 billion).

Speaking a day after Turkish banking watchdog BDDK said it launched an investigation into claims that JP Morgan was urging investors to bet on the U.S. dollar against the Turkish lira, Erdoğan said, "Those who attempt to provoke and manipulate people by urging them to invest in foreign currencies will pay a heavy price."

The Capital Markets Board of Turkey (SPK) also said it had launched a probe after receiving complaints that a JP Morgan report was misleading and caused speculation on the Borsa Istanbul.

Erdoğan went on to say that 17 large-scale rehabilitation centers would be set up to assist 200,000 disabled people in Istanbul.

Thousands began arriving in the square hours before the rally, with attendees going through strict security screening before entering the venue.

A huge platform was set up with large speakers and big screens placed around the square so the attendees could watch the stage. 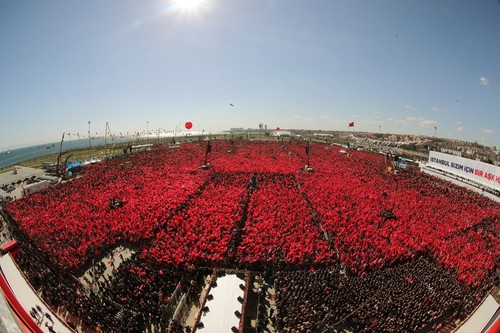