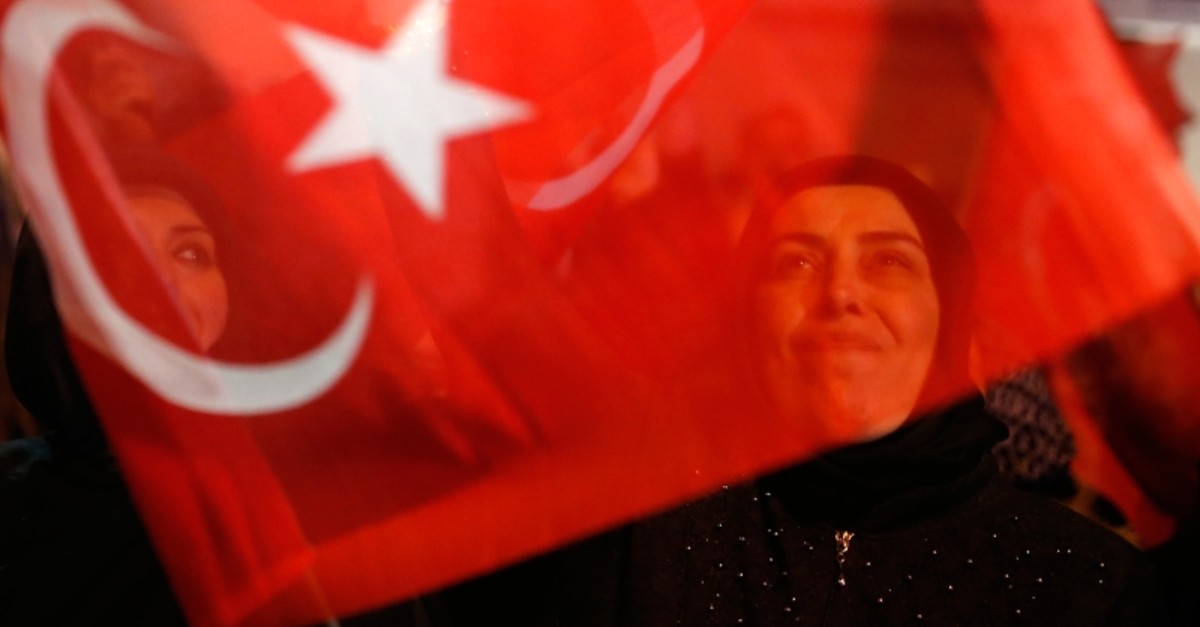 The People's Alliance of ruling Justice and Development Party (AK Party) and the Nationalist Movement Party (MHP) were leading Turkey's local elections on Sunday as over 91 percent of the ballots have been counted.

Yıldırım had declared victory around 11:25 p.m., however, Imamoğlu said he maintains a comfortable lead over Yıldırım. In his election speech in Istanbul, President Recep Tayyip Erdoğan did not cite Istanbul among cities where the AK Party has won a victory while CHP Chairman Kemal Kılıçdaroğlu claimed that Imamoğlu won Istanbul.

In the capital Ankara, Yavaş led the race with 50.62 percent against 47.20 percent for AK Party's Mehmet Özhaseki, with over 92 percent of the votes counted. Yavaş, who lost another hotly contested race against then AK Party candidate Melih Gökçek back in 2014, said justice had been served.

"We will embrace this city [Ankara] without further discrimination," Yavaş told during a rally to celebrate the results.

In Turkey's third largest city Izmir, CHP candidate Tunç Soyer is projected to comfortably win the election with 58.06 percent of the vote against AK Party's Nihat Zeybekci with 38.49 percent, as nearly 92 percent of the votes have been counted.

Supreme Election Board (YSK) President Sadi Güven said Sunday evening that the final election results would be announced to the public as soon as possible.

Hometowns of leaders sided with their countrymen

The hometowns of the leaders mostly remained loyal to their countrymen. In the hometown of Erdoğan, northeastern Turkey's Rize, AK Party received 72.4 percent of the votes, winning the municipality with the overwhelming majority. Erdoğan received more than 76.9 percent of the votes cast in Rize in the June 24 presidential elections. His opponent Muharrem Ince from CHP received only at 16.6 percent. The AK Party mayoral candidates received 47.8 and 67.8 percent of the votes to win the 2009 and 2014 elections, respectively.

In MHP leader Devlet Bahçeli's hometown, southern Turkey's Osmaniye, MHP received 53.11 percent of the votes and became the leading party in the province. Osmaniye has witnessed a tough competition between the two components of the People's Alliance, the MHP and AK Party in previous elections. The MHP's mayoral candidates won the 2009 and 2014 local elections with 45.1 and 47.3 percent of votes, respectively.

The Communist Party of Turkey (TKP) took the lead in the province of Tunceli.

According to unofficial results, the following candidates are projected to win mayoral races, with at least 90 percent of the ballots counted in each of the following provinces.