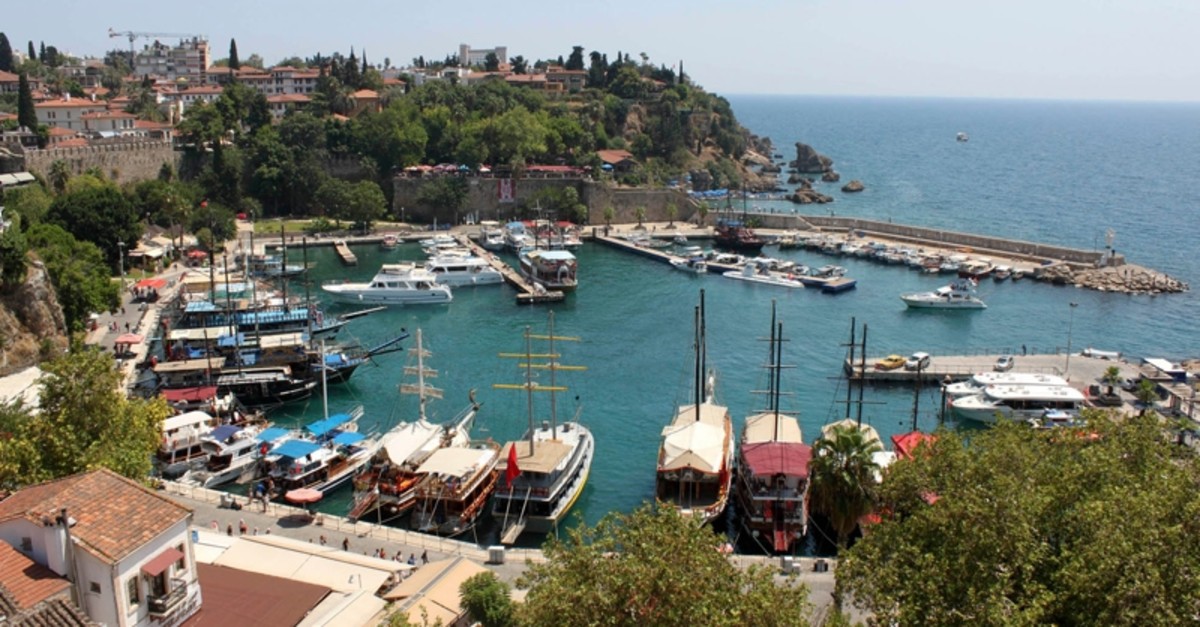 Voters in the southern province of Antalya followed their tradition in the March 31 local elections and opted to award the metropolitan municipality to a different party for the fifth consecutive election.

According to unofficial results, center-left Republican People's Party (CHP) candidate Muhittin Böcek, who was running for the Nation Alliance that the CHP formed with the right-wing Good Party (IP), is set to replace incumbent Antalya Metropolitan Mayor Menderes Türel of the Justice and Development Party (AK Party), who ran as a candidate of the People's Alliance formed with the Nationalist Movement Party (MHP), with 50.62 percent of the votes against Türel's 46.25 percent.

Although the result is significant as Nation Alliance parties are also set to gain the majority in the metropolitan city council, the change in the 2019 local elections is not first time Antalya voters replaced the incumbent mayor; turnover occurred in 2014, 2009, 2004 and 1999, as well.

The last mayor of Antalya who was able to serve for two consecutive terms was Hasan Subaşı of the center-right True Path Party (DYP), who won his seat from the incumbent center-right Motherland Party's (ANAP) Metin Kasapoğlu in the 1989 local elections. Coinciding with Subaşı's term, Antalya became a metropolitan municipality in 1993 with three districts.

In the 1999 local elections, CHP candidate Bekir Kumbul defeated incumbent Subaşı but was not nominated in the 2004 polls, which saw Türel claiming his seat with 34.3 percent of the votes against his CHP rival Mehmet Ertuğrul Dokuzoğlu.

Türel, who undertook an ambitious infrastructure drive in the city with the support of the ruling AK Party, surprisingly lost the 2009 local elections against CHP's Mustafa Akaydın, the former rector of Antalya's Akdeniz University. In later commentaries, Türel's 2009 loss was associated with Subaşı's loss in 1999, who launched a similar drive that alienated voters.

In 2014, Akaydın's fate was no different from his predecessors as he lost the election to Türel, who succeeded in making a comeback with 36.4 percent of the votes against his rival's 34.6 percent. Türel's victory was partly aided by a term marred by elitism accusations for Akaydın, in addition to a 2012 legislation that extended the metropolitan municipality borders to province borders and brought many rural voters from Antalya -- traditionally center-right voters -- into the race.

In the meantime, the MHP won 17.5 percent and 24.3 percent of the votes in local election races in 2009 and 2014, emerging as the third option in the province. However, the MHP voter base was split into two with the emergence of the IP mainly from former MHP dissidents in late 2017.

The June 2018 general elections in Antalya hinted at the change on March 31 as the People's Alliance received 45.08 percent of the votes combined (AK Party 34.96, MHP 10.12) against Nation Alliance's 47.01 (CHP 29.15, IP 16.9), in addition to a significant 7.34 percent vote for the pro-PKK People's Democratic Party (HDP). The province was also among the few in Turkey where President Recep Tayyip Erdoğan's vote was lower than the alliance vote at 42.82 percent.

Türel lost on March 31 despite an increase of votes of nearly 10 percentage points compared to 2014 and despite surpassing People's Alliance's provincial assembly votes on March 31 of 43.36 percent.

His rival Böcek had uninterruptedly served as the mayor of Konyaaltı district since the 1999 local elections, in which he ran as the candidate of ANAP before joining the CHP in 2004. Böcek had a proven record of municipal work compared to two former CHP mayors, and just like Türel, received more votes than the provincial assembly votes of his alliance, which stood at 47.28 percent.

Whether Böcek will manage to end this streak or Antalya residents will hold on to their tradition of turnover in 2024, only time will tell.