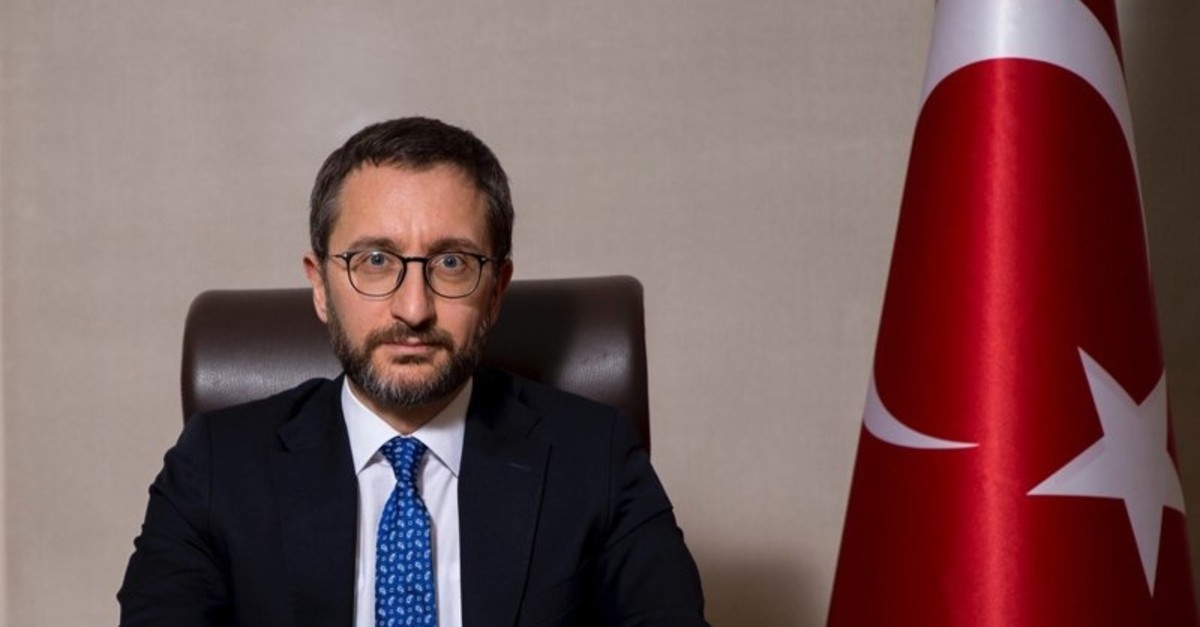 Ankara has urged foreign states to refrain from interfering in domestic affairs and the post-election process as the legal process continues to determine the final results of the March 31 local elections.

"We urge all parties, including foreign governments, to respect the legal process and refrain from taking any steps that may be construed as meddling in Turkey's internal affairs," Fahrettin Altun, the presidential communications director, said on Tuesday on his official media account.

Pointing out that multiple political parties have challenged the preliminary results due to alleged procedural errors and other irregularities, Altun conveyed his belief in the electoral authorities to resolve all disputes swiftly, transparently and for good.

Altun's comments came after U.S. State Department spokesman Robert Palladino invited all parties in Turkey to accept the provisional results of Sunday's local elections following numerous objections from parties to re-evaluate invalid votes and other votes due to irregularities in the voting system.

"Free and fair elections are essential for any democracy. That means acceptance of legitimate election results, which is essential. We expect nothing less from Turkey, which has a long, proud tradition in this respect," Palladino said at a press briefing.

Stressing that it is crucial the vote counting process is in line with the law, Altun indicated that they are closely monitoring the situation for this purpose. "Elections are the cornerstone of our nation's democracy. The Turkish people have expressed their will through the ballot box for 70 years. The authorities have a responsibility to ensure that elections are free and fair," he added.

"No country has the right to intervene in the election results of another country in a way that is far from law and democracy and to see itself as a source of legitimacy of the results," he said.

Aksoy also noted that the source of legitimacy for elections is the will of the nation and everybody should respect the legal and democratic struggle shown in this regard.

Noting that the Supreme Electoral Council (YSK) will evaluate and reach a conclusion on the objection process, Altun emphasized how essential it is to fully and accurately reflect the will of the voter in the ballot box results.

Commenting on the culture of democracy in the country, Altun pointed out that Turkey is a state of democratic law and weekend local polls were carried out in a democratic and transparent environment. "The Turkish nation showed its commitment to democracy with 84 percent voter turnout in Sunday's local elections," he added.

Turkey has been holding elections since 1930 in a secure, democratic environment, even though the process has sometimes been interrupted by military intervention, making it the oldest and most stable democracy in the region. The first multiparty local elections in Turkey were held in 1930, while the first parliamentary elections were held in 1946. The secret ballot system was later introduced to Turkish elections in 1950.

The ruling AK Party is leading in 15 metropolitan municipalities, with 24 cities claimed by AK Party candidates, according to unofficial results.

In Istanbul, the victory has come down to about 23,000 votes, as Nation Alliance candidate CHP's Imamoğlu appears to lead the race for the Istanbul Metropolitan Municipality (IBB) against People's Alliance candidate the AK Party's Binali Yıldırım.