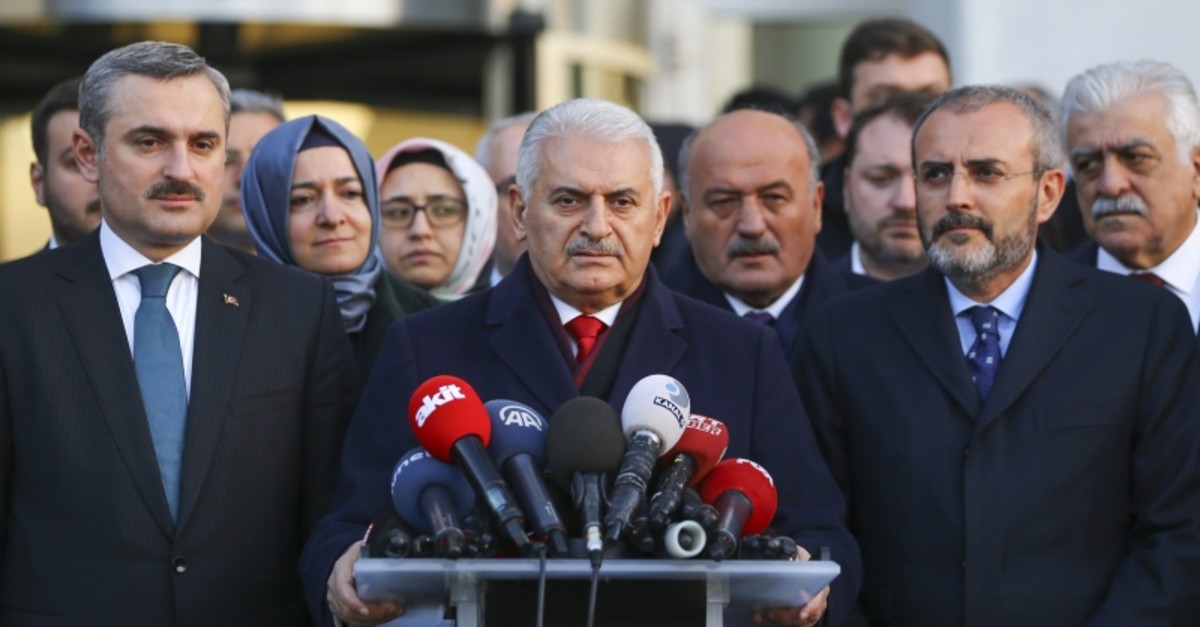 "Istanbul's citizens have decided by themselves (on a mayor) and this decision will be announced by the Supreme Election Council (YSK)," he said, adding, "I will safeguard these votes."

"The election is over, however, the complaint and appeal period continues," Yıldırım said, emphasizing that the results of the election would be clear within a few days.

Yıldırım called on Republican People's Party (CHP) candidate Ekrem Imamoğlu, who holds a narrow 22,000-vote lead, to respect the appeal process, after Imamoğlu on Wednesday called on the YSK to carry out its duty and give him the mandate as the elected mayor.

Yildirim criticized Imamoğlu for introducing himself as mayor of Istanbul before waiting for the official results, referring to his visit to Anıtkabir, the mausoleum of Mustafa Kemal Atatürk -- the founder of Turkey and its first president -- where Imamoğlu signed the memorial book as mayor of Istanbul.

"Signing the book in Anıtkabir as mayor of Istanbul is a shock move, I am not saying anything else," he added.

YSK on Wednesday morning ruled for a recount in eight districts of Istanbul to be resumed after it was halted due to the CHP's objections. Later on Wednesday, YSK ruled for the recount of invalid votes in Istanbul's 15 districts, in addition to the total recount of votes in Çatalca, Silivri and some parts of Kartal district.

YSK head Sadi Güven said that the recount would mostly focus on invalid votes, adding that this was not an unprecedented decision. Appeals to the YSK were still ongoing, he added.

The ruling Justice and Development Party (AK Party) officially challenged poll results in all 39 districts of Istanbul on Tuesday.