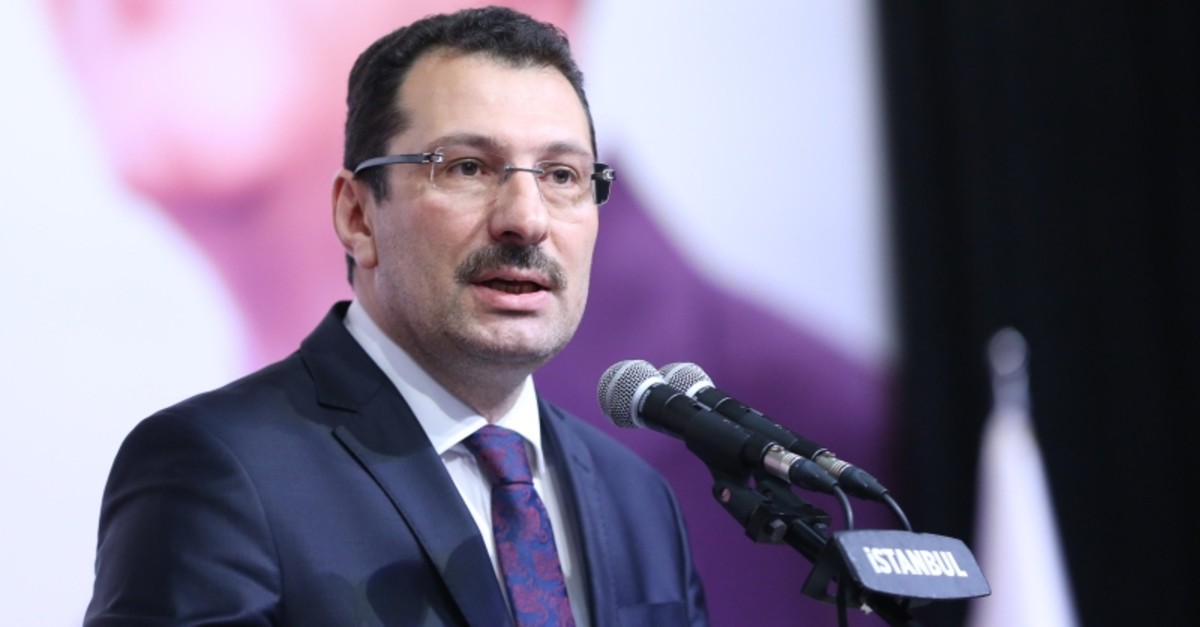 The ruling Justice and Development Party (AK Party) questioned main opposition Republican People's Party (CHP)'s Istanbul mayoral candidate Ekrem Imamoğlu for declaring himself as the mayor and demanding to be given the mandate following the March 31 local elections, as the supreme electoral board decided to recount votes in eight of the districts in Turkey's largest city Istanbul.

"Why is CHP's Istanbul mayoral candidate Ekrem İmamoğlu uncomfortable about the ongoing legal process [regarding vote counts]?" AK Party Deputy Chairman Mahir Ünal said and added: "On what grounds does he demand to be declared mayor and the process be terminated?"

Ünal noted that Imamoğlu had talked about irregularities by waving documents in an earlier news conference on Wednesday.

Imamoğlu urged the Supreme Electoral Board (YSK) to give him the mandate to become mayor of Istanbul.

"On what grounds do you demand these processes be halted?" Yavuz said, adding that there are also objections by the CHP in various districts throughout Turkey, including Sancaktepe in Istanbul and Gülnar in Mersin province.

Yavuz said Imamoğlu should avoid making references to a possible call for people to take to the streets, noting it does not suit a politician to make threats.