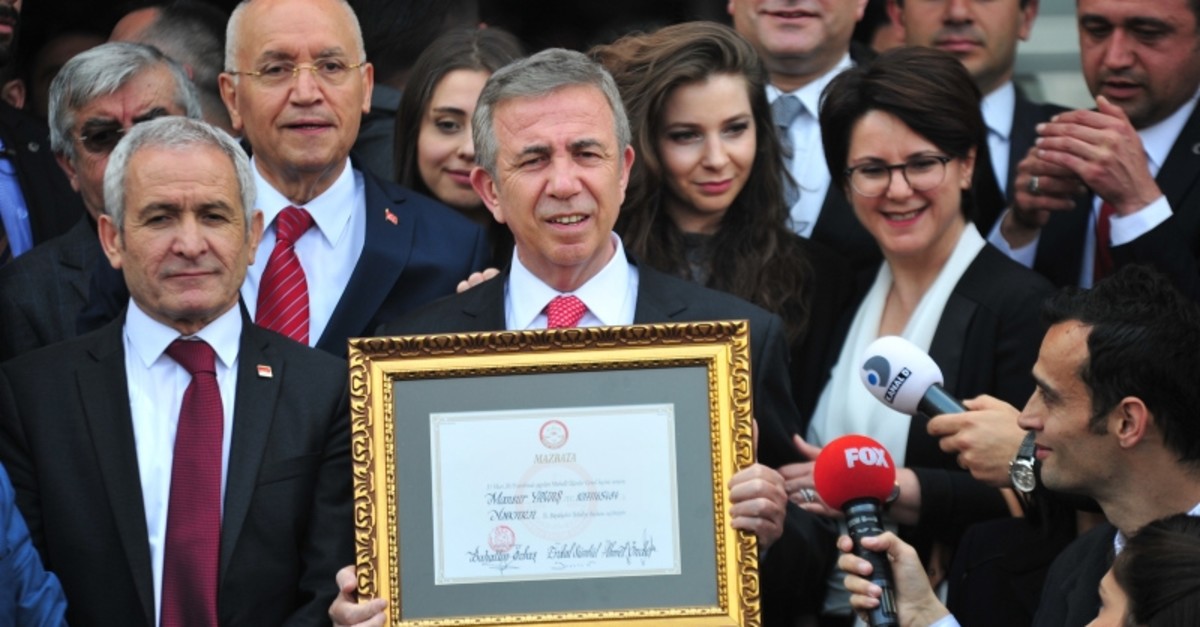 Yavaş was elected mayor of Ankara metropolitan municipality in the March 31 local elections in Turkey.

The ruling Justice and Development Party (AK Party) had challenged the results from the local elections in the Ankara, but a recount showed that Yavaş maintained a lead of about 124,00 votes over AK Party's candidate Mehmet Özhaseki.

On Sunday, the YSK rejected the AK Party's request for a full recount of all votes in 13 districts in Ankara.

YSK head Sadi Güven told reporters at a news conference Monday morning that the judicial process in disputed districts is continuing, underlining that making an evaluation is "not possible" as the process continues.

On March 31, millions of Turkish citizens cast ballots in the local elections to choose mayors, city council members, mukhtars (neighborhood officials), and members of elder councils for the next five years.