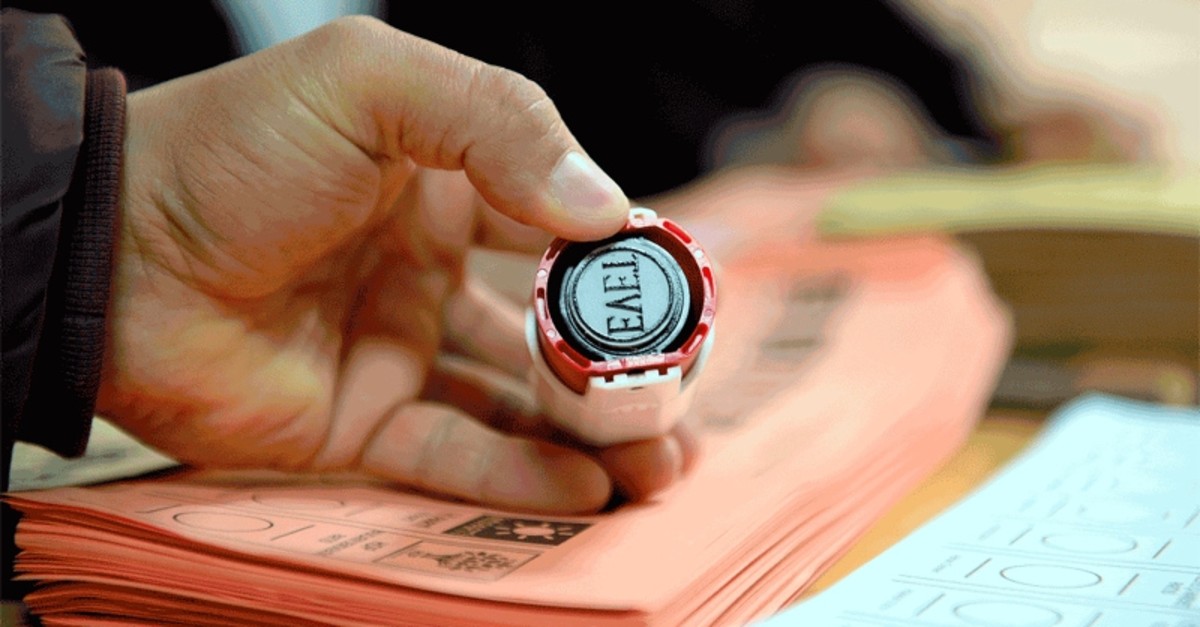 The AK Party has officially appealed for the renewal of local elections in Istanbul, as documents about organized irregularities and fraud have been submitted to the YSK

The ruling Justice and Development Party (AK Party) submitted Tuesday an extraordinary appeal to the Supreme Election Council (YSK) to cancel and renew the March 31 mayoral election in Istanbul over alleged irregularities in vote count and voter registration processes.

AK Party Deputy Chairman Ali Ihsan Yavuz announced the appeal on his Twitter account and later brought the documents supporting the appeal to the YSK headquarters in capital Ankara along with other AK Party officials at 4 p.m.

Speaking after submitting the party's petition, which came with three suitcases of documents listing alleged irregularities, Yavuz told reporters that there is indeed organized election fraud and the YSK is the authority to remove this doubt cast on the elections.

Yavuz said that 86% of all mistakes or valid votes deemed invalid detected in the election process in Istanbul were made against the AK Party. He said that 16,884 of the party's votes were found to be recorded for other parties, 5,388 ballot box counting charts were unstamped and 8,000 to 9,000 votes were gained after the mistakes corrected.

Yavuz went on to stress that 19,000 out 62,560 balloting committee chairmen and members were not public personnel although that is mandatory by law, including some expelled from public office with statutory decrees over ties to terrorist groups during the state of emergency declared after the July 15, 2016 coup attempt. He also noted that 5,287 convicts were included in voter records in Istanbul without specifying that they are not entitled to vote.

According to YSK's initial figures released after the polls, in which nearly 8.9 million votes were cast, Imamoğlu held a 28,000-vote lead over Yıldırım. Recounts in the days following the election narrowed Imamoğlu's lead to about 14,000 votes.

Noting that this gap narrowed considerably after only 10% of the votes and all invalid votes were recounted, Yavuz said that there is serious doubt that needs to be overcome. He also reiterated that YSK's decision is binding for all.

The AK Party had previously said its official request would list the reasons that require the elections to be redone based on evidence and documents. Some reasons include invalid or deceased people who allegedly voted in the elections, while the voter registration irregularities in Büyükçekmece district, allegedly carried out in an organized manner by a civil registry personnel with affinity to the district's longtime CHP mayor Hasan Akgün, forms the basis of the application.

Moreover, the party says balloting committees in many districts were not compatible with the requirements of the law, stating that there were empty or unsigned voting records.

CHP officials repeatedly rejected the allegations, saying irregularities that took place in the elections do not follow an organized pattern and would not affect the overall result.

Meanwhile, the AK Party applied to the provincial election board in Istanbul later on Tuesday demanding the board not to award mayoral mandate to candidates before their appeal before the YSK is concluded.

In the district of Maltepe, the recounting process of all the votes has continued from where it was stopped, following the YSK's decision to cancel the previous decision of stopping the counting of all votes.

While the counting process was conducted by two delegations before, the election district boards decided to increase the number of delegations responsible for the recounting of votes in the district from two to six.

Recounting of votes in the remaining 123 ballot boxes has been carried out since Tuesday morning and is expected to be finalized Wednesday.

The counting process in Maltepe has not ended yet due to unceasing objections from political parties. First, the election district boards had decided on Friday to increase the number of delegations responsible for the recounting of votes in the district from two to 12.

However, the Nationalist Movement Party (MHP) and the AK Party objected to this decision, pointing out that they have not received written notification on the matter. Following the application of both parties, the first and second Maltepe district election board decided on late Sunday, by a majority, to stop the recounting process with 12 delegations and to re-initiate the process with only two delegations.

On the other hand, the main opposition CHP, on Monday lashed out at the recent decision of the Maltepe district election boards, submitting an objection to the YSK.

The party also called for the council to set up 100 additional counting stations to accelerate the counting process and announce the results as soon as possible.

In relation to the issue, CHP spokesperson Faik Öztrak Tuesday told reporters that the AK Party and MHP have been exerting enormous efforts to delay the counting process. Emphasizing that the do-over election will open deep wounds in the conscience of the public, Öztrak urged authorities to award the election certificate to CHP's mayor-elect Ekrem İmamoğlu.

Late Monday, the YSK canceled the decision to stop the counting of all votes in Maltepe and ordered for the continuation of the counting process.

In Honaz, CHP candidate Yüksel Kepenek led the polls by eight votes over AK Party candidate Turgut Devecioğlu, according to the initial results. Following the appeal process, the gap between the two candidates dropped to one vote during the recounting of votes.

A similar decision was also made for the elections in Keskin, where Good Party (IP) candidate Necati Alsancak won the elections by a gap of seven votes over AK Party candidate Dede Yıldırım. After the appeal by the AK Party, the gap between the two candidates dropped to six votes in the recounting process. Due to the participation of restricted voters, the YSK decided for the renewal of elections and canceled the mandate given to Necati Alsancak before.

Meanwhile, the Nationalist Movement Party's (MHP) extraordinary appeal to redo the elections in eastern province of Iğdır was rejected by the YSK on late Tuesday.