Appeals on poll results to continue until YSK decides but debate should end, Erdoğan says 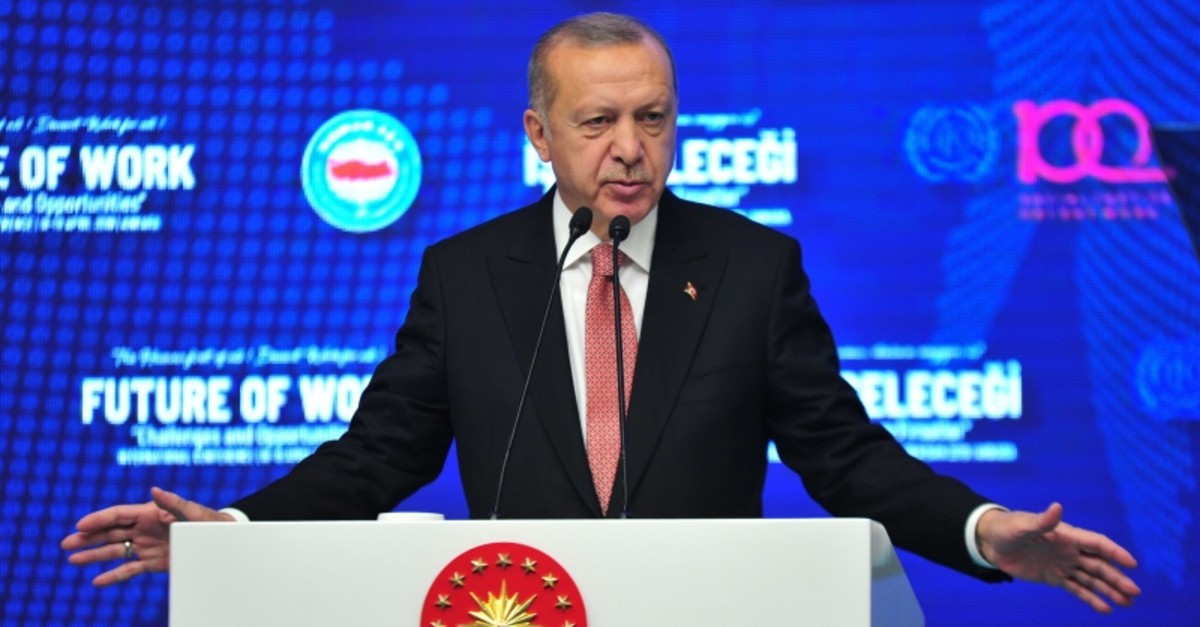 President Recep Tayyip Erdoğan said on Thursday that his ruling Justice and Development Party (AK Party) would continue to contest irregularities in last month's local elections "to the last," adding that the country's top election body would have the final say on the matter.

"When the Supreme Election Council [YSK] makes the final decision, the issue [over the elections] will be finished for us," Erdoğan told an international business conference held by the Confederation of Public Servants Trade Unions (Memur-Sen) in the capital Ankara.

"Through our history, every kind of political party has resorted to such methods [of appealing]," Erdogan said, adding that such appeals were a "requirement of democracy."

Millions of Turkish voters cast their votes nationwide on March 31, in local elections to choose mayors, city council members, and other officials for the next five years.

Contesting the results in Istanbul, where main opposition Republican People's Party (CHP) candidate Ekrem Imamoğlu carried the race, the AK Party asked for cancellation and redo of elections over irregularities.

The president also said that debates on elections have come to an end and everybody has returned to daily life. He added that Turkey must use the 4.5 years ahead without elections efficiently and tackle economic and security problems while pushing through structural reforms.

"It is essential to move on from election disputes and focus on our real agenda, notably the economy and security," he added.

Criticizing some Western media outlets for trying to portray Turkey's economy in a negative light, Erdoğan said: "Whatever you do, whichever headlines you use, Turkey stands tall and will continue on its way, growing stronger."

He blasted the U.K.-based daily Financial Times for its coverage of Turkey, calling attention to London's stance on refugees.

"Oh Financial Times! What do you know about Turkey which hosts 4 million refugees? How many refugees are there in your country? Go ahead and write a story on that as well," he said.