Despite mandate, legal process continues in Istanbul elections with all eyes on YSK 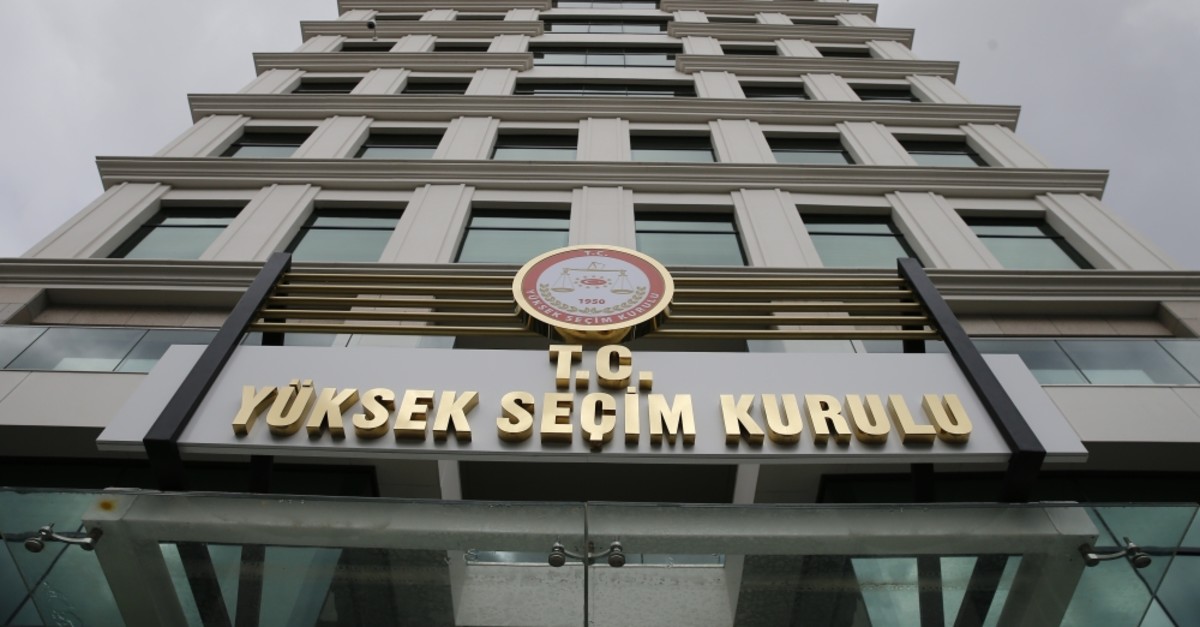 It is expected that the top election body, the Supreme Election Council (YSK), will review the objections within two to four days and announce the final decision.
by Daily Sabah Apr 19, 2019 12:15 am

Although the mandate for managing the metropolitan municipality was given to the Nation Alliance's candidate Thursday in accordance with the unofficial results, the legal process for local elections in Istanbul is actually still ongoing as all parties have been waiting for the final decision of the Supreme Election Council (YSK), which was convened yesterday to discuss extraordinary objections in the commercial capital of Turkey. In Thursday's convention, the YSK evaluated appeals made by the ruling Justice and Development Party (AK Party) and the Nationalist Movement Party (MHP) earlier this week for Istanbul and its Büyükçekmece and Maltepe districts. It is expected that the YSK will review the objections within 2-4 days.

The AK Party had submitted an extraordinary objection to the YSK on Tuesday for the cancellation and redo of the municipal election in Istanbul and demanded the YSK not give the mandate to any candidate until the entire appeal process was completed.

Despite the AK Party's request, the Nation Alliance's candidate, the Republican People's Party's (CHP) Ekrem Imamoğlu, on Wednesday was invited to the provincial election board at Çağlayan Courthouse to receive the election mandate. The decision to give the official mandate for the Istanbul Metropolitan Municipality (İBB) to İmamoğlu came 17 days after the hotly contested elections.

Speaking on the issue yesterday, AK Party Chairman and President Recep Tayyip Erdoğan, said the party would continue its objections in the legal framework until the YSK gives a final decision. "When the YSK puts an end to the debate, the issue will be clear for us. The discussions and divergences on elections do not contradict the effective functioning of Turkish democracy," he said in a meeting in Istanbul.

The main argument of the AK Party objections is that the number of ineligible voters directly affected the election results in Istanbul. According to the party's claims, the number of ineligible voters was 19,350, higher than the vote difference between the CHP's İmamoğlu and the AK Party's Binali Yıldırım. As the recounting process continues in Istanbul, the last results showed the vote difference between İmamoğlu and Yıldırım had decreased to 13,996 votes.

The AK Party's petition concerned four categories: Irregularities in the vote count sheets, serious discrepancies between the number of registered voters and the number of voting ballots, some balloting committee chairmen and members were not government employees as required by law and the participation of ineligible voters in the polls.

Stressing that the 85 percent turnout for the local elections shows the Turkish democracy's strength, Erdoğan thanked all the citizens who went to the polls and cast their votes on Election Day.

According to AK Party Deputy Chairman Ali İhsan Yavuz, some serious irregularities were made through unstamped ballots and counting sheets on election night. He said nearly 10,000 counting sheets are defective, which corresponds to one-third of the total 31,280 sheets. "The number of unstamped counting sheets is 5,388. There are also 694 unsigned, 214 blank, 498 deficient, 919 unnumbered and 1,335 partially deficient counting sheets. Is it possible to have that many [errors] in a single election?" Yavuz said.

Regarding the process, Yıldırım wrote on Twitter on Wednesday: "The provincial election boards gave the mayoral mandate to Mr. İmamoğlu. I hope the decision will benefit all. It was witnessed that fueling the tension was pointless since democracy and law are both processes. Our party continues to use legal rights. The YSK has the final word." "The YSK will make the final decision on the legal process involving Istanbul the election results," Presidential spokesperson İbrahim Kalın said yesterday following the cabinet meeting.

CHP leader Kemal Kılıçdaroğlu, on the other hand, said yesterday that Turkey must now focus on the economy, which is its real agenda, with local elections concluded.

"How to resolve the [economic] crisis must be the main topic for politicians," Kılıçdaroğlu said in a meeting with Ankara representatives of news channels and newspapers.

Meanwhile, Erdoğan led a meeting with the AK Party Organization Chairmanship administration and evaluated the organizations' performance in the March 31 local elections. At the meeting, the administration's report on the detected deficiencies in the functioning of party organizations was discussed.

The report presented to Erdoğan includes detailed information about underperforming members within the party organizations.

Based on this information, the dismissal of more than 10 provincial chairmen and some district chairmen was suggested. Rejecting the dismissal of some names, Erdoğan expressed his concerns about false candidate preferences in some election regions.

"Our organization should not be pessimistic or disappointed. We are the winner of the elections. In places where we lost, we lost by small margins," said Erdoğan to the participants at the meeting, adding that the AK Party completed the election process with a successful performance.