Turkey needs focus on issues at hand in unity after elections, Erdoğan says 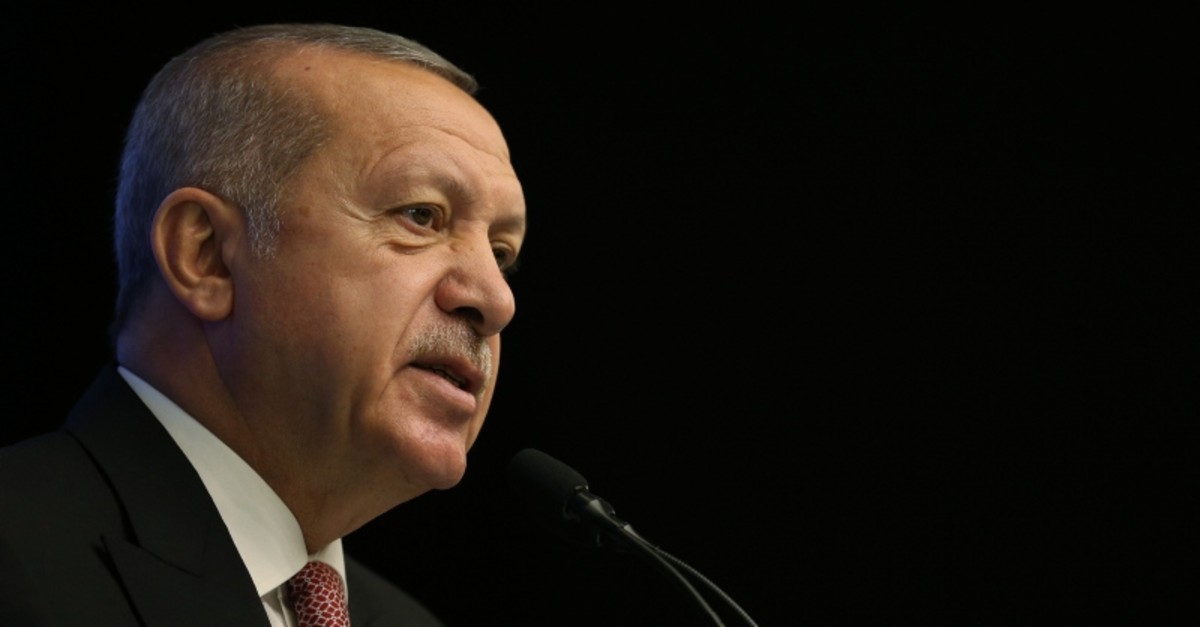 Turkey needs to leave election disputes behind and focus on the country's issues, especially in the areas of economy and security, President Recep Tayyip Erdoğan said on Friday.

"We should leave behind election debates and focus on our true agenda, which is first and foremost the economy and security. It is now time to once again cool the hot iron, shake hands, hug each other and reinforce our unity and solidarity," Erdoğan said on his official Twitter account on Friday.

He stressed that the target in the upcoming 4.5-year period is to enhance people's prosperity and achieve Turkey's 2023 goals by preserving the security-freedom balance and eliminating threats against the country.

"Handshaking, embracing each other and strengthening our unity and solidarity" while maintaining the balance of freedom and security is needed said the president.

Erdoğan said he would strive to find common ground with everyone from all political views.

"It is our own people who will build Turkey's 2023 vision. We need to put our political differences aside, and all 82 million of us must unite together as a 'Turkey Alliance' when it comes to our nation," the president said, suggesting that election alliances give way to larger ones.

Millions of Turkish voters voted nationwide on March 31 in local elections to choose mayors, city council members, and other officials for the next five years. The voter turnout was 84 percent in the fiercely fought local elections.

In Istanbul, the Nation Alliance's candidate Ekrem Imamoğlu, on Wednesday, received the official mandate for the Istanbul Metropolitan Municipality (IBB) 17 days after the hotly contested elections, which are still subject to appeals over irregularities.

According to the final tally of the provincial election board, Imamoğlu won the elections with 4,169,765 votes against People's Alliance candidate Binali Yıldırım's 4,156,036 votes; a gap of only 13,729 votes. The initial difference in votes announced by the Supreme Election Council (YSK) was 28,000 on the morning of April 1, the day after the elections.

The administration's report on the detected deficiencies in the functioning of party organizations was discussed in detail at the meeting.

A report presented to Erdoğan includes detailed information about underperforming members within the party organizations.

Accordingly, the dismissal of more than 10 provincial chairmen and some district chairmen was suggested. In the meeting Erdoğan reportedly said that there were false candidate preferences in some election regions.

"Our organization should not be pessimistic or disappointed. We are the winner of the elections. In places where we lost, we lost by small margins," Erdoğan said to the participants at the meeting, adding that the AK Party completed the election process with a successful performance.

YSK's final decision over Istanbul on the way

As the AK Party has asked for the cancellation and a redo of elections in Istanbul over irregularities, where Imamoğlu beat Yıldırım by a small margin. The Supreme Election Council's (YSK) final decision is yet to be made on this matter.

In relation to the issue, Erdoğan had said previously that the YSK will make the final decision on this process.

The AK Party had submitted an extraordinary objection to the YSK on Tuesday for the cancellation and redo of the municipal election in Istanbul and demanded the YSK not give the mandate to any candidate until the entire appeal process was completed.

In Honaz, CHP candidate Yüksel Kepenek led the polls by eight votes over AK Party candidate Turgut Devecioğlu, according to the initial results. Following the appeal process, the gap between the two candidates dropped to one vote during the recounting of votes.

A similar decision was also made for the elections in Keskin, where IP candidate Necati Alsancak won the elections by a gap of seven votes over AK Party candidate Dede Yıldırım. After the appeal by the AK Party, the gap between the two candidates dropped to six votes in the recounting process. Due to the participation of restricted voters, the YSK decided for the renewal of elections and canceled the mandate given to Necati Alsancak before.

If the YSK decides to redo municipal elections in Istanbul, the elections would be held on June 2 as well.