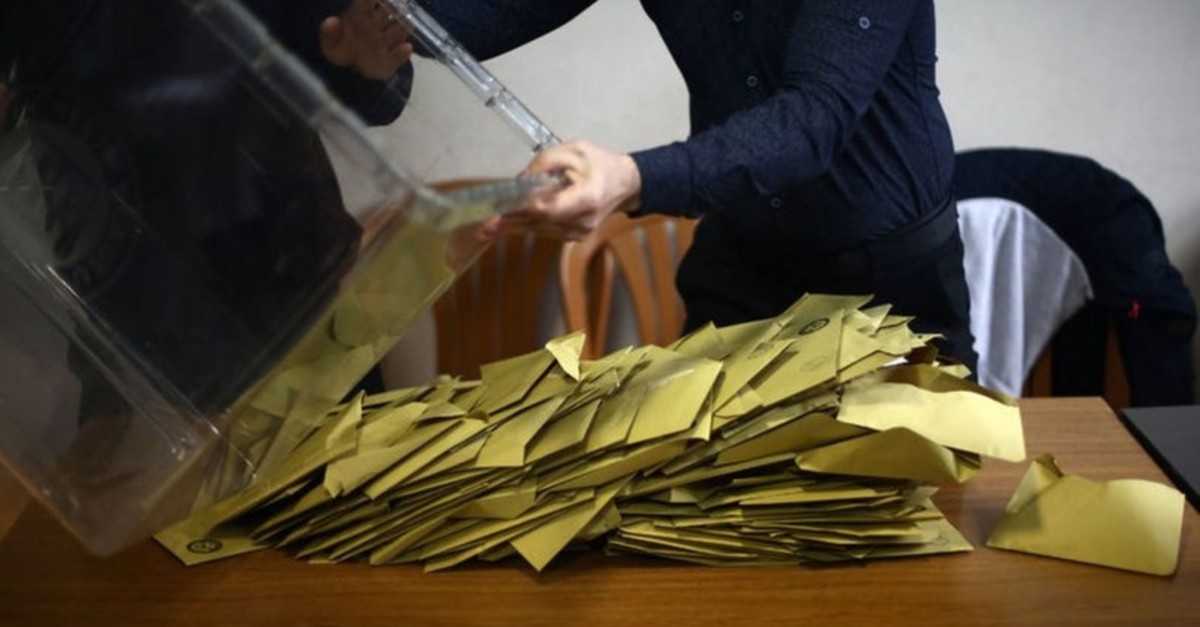 Following the AK Party's submission of extraordinary objection on the local elections in Istanbul, it is expected that the YSK will begin a review this week

Following the submission of extraordinary objection files, the ruling Justice and Development Party (AK Party) expects the Supreme Election Council (YSK) to assess election objections this week. "We submitted our [extraordinary] objection on April 16 and additional petition [on Saturday]. The YSK will begin the review this week, and how long it will take is depends on the evidence in the files," AK Party Deputy Chairman Ali İhsan Yavuz said yesterday in a televised interview.

Millions of Turkish voters cast their votes nationwide on March 31 in local elections to choose mayors, city council members, and other officials for the next five years. The AK Party submitted extraordinary objection to the YSK last week to cancel and redo the municipal election in Istanbul and demanded the YSK not give the mandate to any candidate until the entire appeal process was completed.

Despite the AK Party's request, Nation Alliance candidate Republican People's Party's (CHP) Ekrem İmamoğlu on Wednesday was invited to the provincial election board at Istanbul's Çağlayan Courthouse to receive the election mandate. The decision to give the official mandate for the Istanbul Metropolitan Municipality (İBB) to İmamoğlu came 17 days after the hotly contested elections.

The AK Party also submitted a new petition, including the list of non-eligible voters as a supporting document to the YSK on Saturday. According to this list, 14,712 voters who were dismissed from public posts with a presidential decree were found to have voted in Istanbul during March 31 local elections.

Touching upon other irregularities in the elections, Yavuz noted that not only ineligible voters cast votes but also balloting committees in many districts were not compatible with the requirements of the law.

Pointing out that those who do not serve in a public office were assigned to the ballot boxes, Yavuz added that 19,742 people who are allowed to serve as public officer but are not eligible to be included in a balloting committee were tasked on election day. "This unearthed picture is absolute unlawfulness. The YSK will for the first time issue a decision on the balloting committees' chairmen and vote count sheets," Yavuz stressed.

The AK Party's extraordinary objection concerned four categories: Irregularities in the vote count sheets, serious discrepancies between the number of registered voters and the number of voting ballots, some balloting committee chairmen and members were not government employees as required by law and the participation of ineligible voters in the polls.

The main argument of the AK Party objections is that the number of ineligible voters directly affected the election results in Istanbul. According to the party's claims, the number of ineligible voters was 27,732 including 10,290 people who are now in prison higher than the vote difference between the CHP's İmamoğlu and the AK Party's Binali Yıldırım.

Büyükçekmece also has been one of the districts that came to the fore with irregularities. The party alleged that 21,000 fake voters had been registered in the district during the process to update voter lists in the run-up to the elections. Thus, district registry office personnel and another person, a namesake and relative of the district's longtime CHP Mayor Hasan Akgün, had been arrested for irregularly registering voters by fabricating documents on behalf of Akgün. A judicial investigation launched by the Büyükçekmece Public Prosecutor's Office is ongoing in addition to an administrative inquiry by the district governorate.

Meanwhile, the AK Party convened in Istanbul on Saturday to evaluate the election results with the participation of President Recep Tayyip Erdoğan, the İstanbul Metropolitan Municipality head of City Councils, district mayors and district heads. The meeting in the party's Üsküdar provincial building was closed to the press. Interior Minister Süleyman Soylu, Ministry of Environment and Urbanization Murat Kurum, the the party's Istanbul candidate Binali Yıldırım and Ankara candidate Mehmet Özhaseki also took part in the meeting. Following the meeting, Erdoğan listened to the demands of people waiting outside the party building.