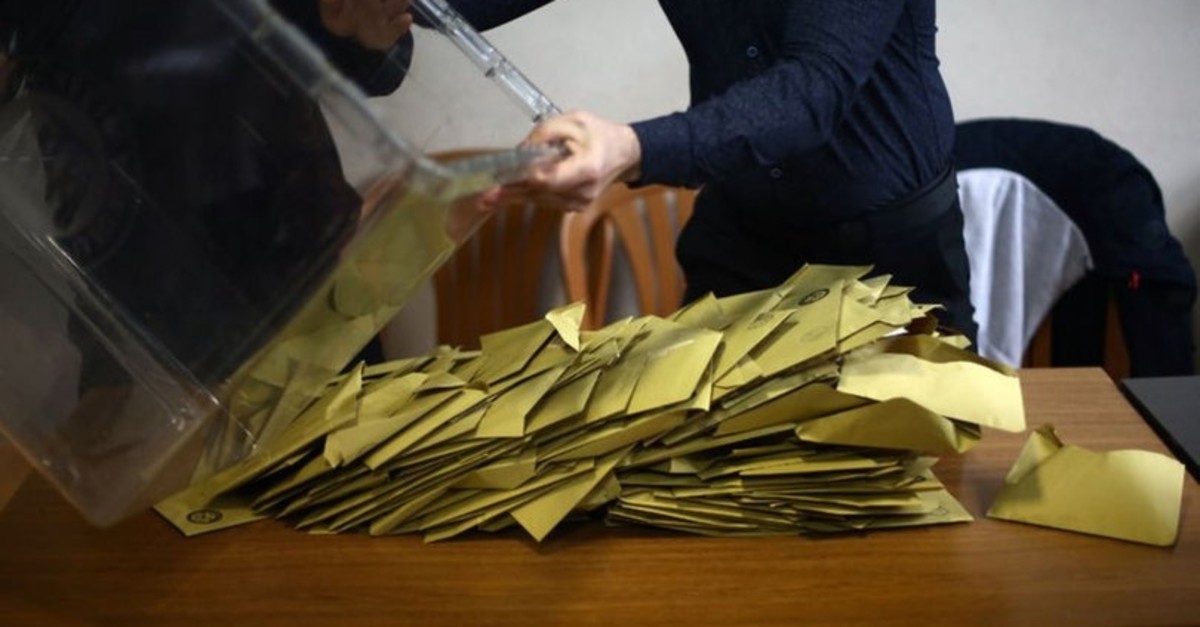 Millions of Turkish voters cast votes nationwide on March 31 in local elections to choose mayors, city council members and other officials for the next five years.
by Daily Sabah Apr 29, 2019 12:09 am

Almost a month after the local elections were held, the AK Party continues to maintain its objections regarding the irregularities that took place in Istanbul, insisting that a redo of elections in the province is necessary

The ruling Justice and Development Party (AK Party) is using every legal means to address irregularities and unlawfulness in the Istanbul municipal elections, demanding new elections be held as the time for the Supreme Election Council (YSK) to announce its final decision nears. Addressing his party members at a camp in Ankara's Kızılcahamam district on Saturday, President Recep Tayyip Erdoğan underscored that he and his party will continue their legal struggle for a new election in Istanbul as the elections on March 31 were deeply marred by organized irregularities. "Until the very end, we will continue our legal struggle.

This is not an ordinary legal struggle but a struggle of election law [to maintain compliance]," he said. Pointing out that rigged elections have been questioned by the people, Erdoğan noted that the people demanded to redo the elections to relieve doubts over irregularities and unlawfulness in the elections on March 31. In relation to the YSK's future decision on the extraordinary objection by his party, Erdoğan stressed that the party will comply with the decision whether it satisfies them or not. Millions of Turkish voters cast votes nationwide on March 31 in local elections to choose mayors, city council members and other officials for the next five years. The elections in Istanbul, however, became a much-debated issue, as the Nation Alliance candidate, the Republican People's Party's (CHP) Ekrem İmamoğlu was awarded the certificate of the election with only a 13,729-vote difference, despite irregularities.

Subsequently, the AK Party submitted an extraordinary objection to the YSK two weeks ago to cancel and redo the municipal election in Istanbul. The AK Party's extraordinary objection concerned four categories: Irregularities in vote count sheets, serious discrepancies between the number of registered voters and the number of voting ballots, some balloting committee chairmen and members were not government employees as required by law and the participation of ineligible voters in the polls.According to the AK Party, there were significant discrepancies among the tabulated results with wet signatures and stamps, which show the first vote record, the final record and the total number of votes submitted to the YSK. There were also empty or unsigned voting records and irregular registrations of voters.

The main argument of the AK Party objections is that the number of ineligible voters directly affected the election results in Istanbul. According to the party's claims, the number of ineligible voters was 27,732 including 10,290 people who are now in prison, which is more than the vote difference between the CHP's İmamoğlu and the AK Party's Binali Yıldırım. Touching upon the objection process, Yıldırım said yesterday that people are having doubts about the election results, adding that the efforts of his party only serve to identify which votes go where. Noting that the elections have been left behind and the priority moving forward is providing services for the Istanbul municipality, Yıldırım underscored that they will only wait for the decision of YSK and the finalization of the legal process.

While the AK Party determinedly pushes to keep the irregularities on the agenda, the YSK is expected to issue its final decision on the extraordinary objection this week. The council previously told the district election boards to gather all the evidence regarding the ineligible voters, including imprisoned voters and mentally disabled voters, votes cast on behalf of dead people, and irregularities in balloting committees within a week. After evaluating these pieces of evidence and reports prepared by the district election boards, the YSK will decide whether to redo the elections this week.

Accordingly, these district election boards have to document 41,132 cases of irregularities regarding voters, including 1,229 dead voters, 15,813 imprisoned voters, 2,732 ineligible voters, and 21,358 mentally disabled voters who voted in the March 31 elections. Additionally, objections regarding balloting committees were also subject to the documentation of the district election boards. The YSK will evaluate the reports investigating whether 6,539 presidents of balloting committees and 13,084 members of balloting committees were serving as public officers as required by the relevant laws. On the other hand, the CHP is pondering what attitude to adopt if the YSK decides to re-hold the elections. In a bid to discuss possible road maps in such a scenario, CHP members gathered over the weekend along with 11 CHP provincial mayors. Reportedly, CHP incumbent Chairman Kemal Kılıçdaroğlu has been particularly discussing the issue with the members of the party assembly and some of the members have proposed not nominating a candidate in protest over the do-over elections.