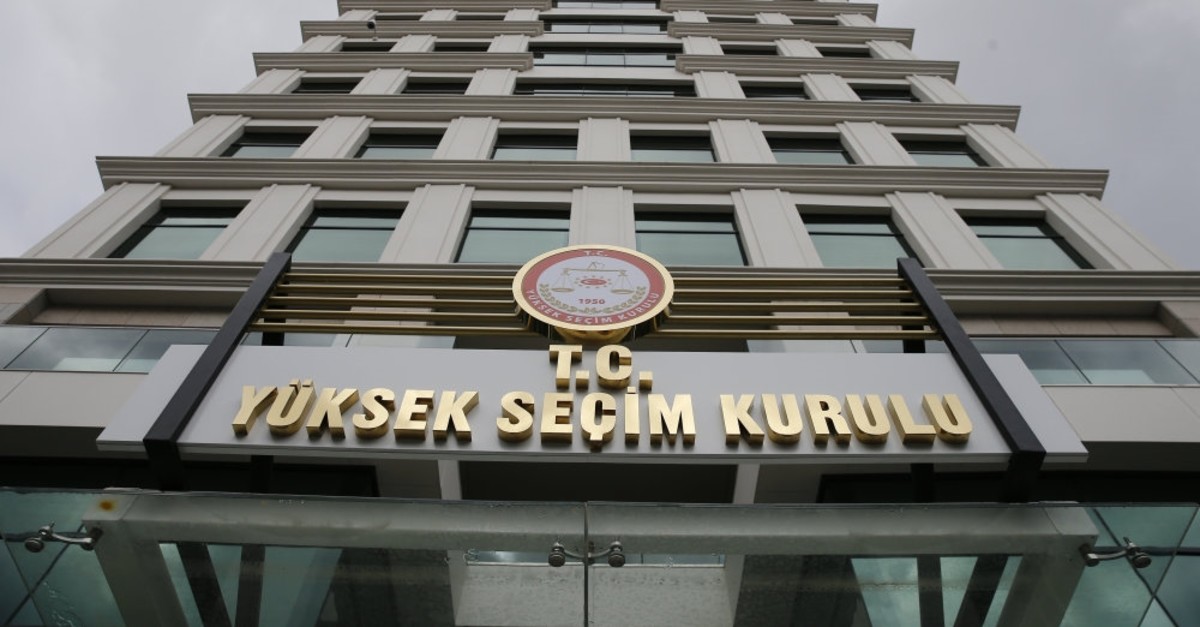 YSK gave five days to district election boards to gather all the pieces of evidence regarding ineligible voters and irregularities in balloting committees.
by Daily Sabah May 01, 2019 12:10 am

The YSK is expected to give its final decision this week on extraordinary objections, after district election boards gather all the pieces of evidence regarding ineligible voters and irregularities

Acting on an application from the ruling Justice and Development Party (AK Party), the council took the allegations of irregularities and unlawfulness into consideration. Having issued its interim decision last week, the YSK gave five days to district election boards to gather all the pieces of evidence regarding ineligible voters and irregularities in balloting committees.

In relation to the issue, the Nationalist Movement Party (MHP) Istanbul party organization head Birol Gür told Sabah daily that they are expecting the YSK to render its final decision on whether to redo the elections by the weekend.

"If the ineligible voters prove to be the same with the number submitted by the AK Party, we believe that the elections will be re-held by the YSK," Gür said.

Touching upon the allegations on balloting committees formed against the law, Gür highlighted that according to 2018 legal arrangements in relevant laws, members of balloting committees have to be a public officer and reside in the district they supervise; yet there is no information on the place of residence for 152 presidents of these committees and 148 permanent members in Maltepe.

The March 31 local elections in Istanbul, where Nation Alliance candidate Republican People's Party's (CHP) Ekrem İmamoğlu was awarded the certificate of the election with only a 13,729-vote difference, were followed by lengthy discussions and objections by parties demanding a do-over election due to irregularities and unlawfulness in the elections. The AK Party submitted an extraordinary objection to the YSK two weeks ago to cancel and redo the municipal election in Istanbul.

Accordingly, these district's election boards have to document the alleged 41,132 cases of irregularities regarding the ineligible voters, including 1,229 dead voters, 15,813 imprisoned voters, 2,732 ineligible voters and 21,358 mentally disabled voters, who voted in the March 31 elections. Additionally, they also have to investigate and report whether 6,539 presidents of balloting committees and 13,084 members of balloting committees were serving as public officers as required by relevant laws. On the other hand, the AK Party underlined that the YSK's May 5, 1999 decision in Siirt's Kurtalan may set a precedent for the do-over elections in Istanbul.

In this decision, the YSK answered a request of recommendations issued by Kurtalan district election board asking whether questionable members of balloting committees can be replaced. The YSK ruled that: "In order to organize regular and healthy elections, the members of balloting committees should be objective. Since the president and members of balloting committees whose objectivity are questionable may cause re-holding elections upon the objections of political parties, these members should be replaced." Commenting on the matter, AK Party's deputy chairman responsible for elections, Sabri Öztürk, emphasized that considering do-over elections in the past, all of them were redone because of the existence of only one irregularity and at present we see numerous irregularities in the Istanbul elections.