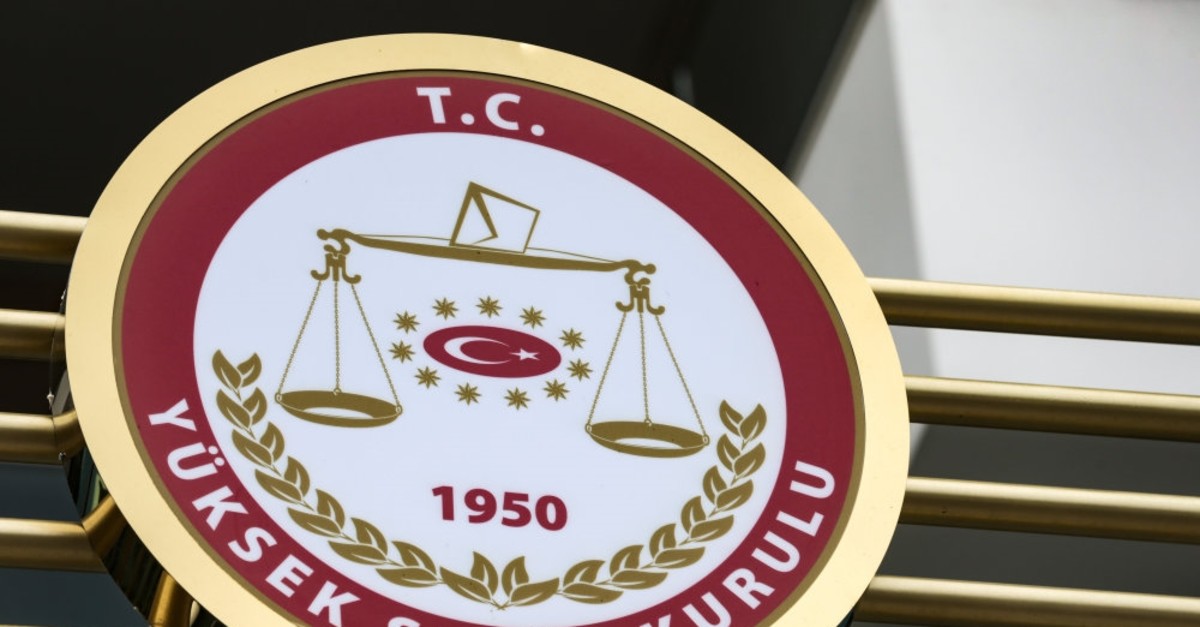 Millions of Turkish voters are waiting for the Supreme Election Council (YSK) to give its final decision.
by Daily Sabah May 03, 2019 12:28 am

The ruling Justice and Development Party (AK Party) is waiting for the Supreme Election Council's (YSK) decision on whether to re-hold local elections in the wake of new pieces of evidence the party has uncovered. AK Party Deputy Chairman Ali İhsan Yavuz told reporters Thursday that they will not issue new statements in the upcoming period and will wait for the decision of the council, stressing that the irregularities and unlawfulness in the March 31 local polls were the direct results of organized preparations that began two years ago to tamper with ballots on election day. "We see very clearly that there were a number of works and efforts made as early as two years ago to manipulate [the Istanbul elections] through the ballot boxes," he said.

Touching on the numerous irregularities identified by the party, Yavuz emphasized that they found out that several imprisoned people cast votes in prison, while somebody also voted in the election district where convicts are registered on their behalf. Millions of Turkish voters cast their votes nationwide on March 31 in local elections to choose mayors, city council members and other officials for the next five years. The elections in Istanbul, however, became a much-debated issue, as the Nation Alliance's candidate, Republican People's Party's (CHP) Ekrem İmamoğlu, was awarded the certificate of election with only a 13,729-vote difference, despite alleged irregularities.

Underlining that the balloting committees were formed in violation of the relevant law, Yavuz noted that the balloting committees should be public officers according to recent legal arrangements made in 2019; yet, the Istanbul district election boards chose only 29 percent of the list drafted by local authorities, appointing 39,648 out of 134,654.

He added that most of the members were chosen from either former public officials who were dismissed by an emergency degree due to their alleged links with a terrorist organization or elected from banks, mainly from İş Bank, where the main opposition CHP has a great amount of shares.

CHP officials slammed Yavuz's remarks, saying that such remarks are only attempts to pressure the YSK. CHP Group Deputy Chairman Engin Altay stated that the "YSK has surrendered to the pressures of the executive and the palace [referring to the AK Party]."

Underlining that the party is trying to delay the process for more than 30 days even though the Presidential election has been finalized within six or seven hours, Altay called for ending "the crisis" as soon as possible.

After the elections, the AK Party submitted an extraordinary objection to the YSK for the Istanbul Metropolitan Municipality, Maltepe Municipality and Büyükçekmece Municipality two weeks ago to cancel and redo the municipal election in Istanbul. The AK Party's extraordinary objection concerned four categories: Irregularities in the vote count sheets, serious discrepancies between the number of registered voters and the number of voting ballots, some balloting committee chairmen and members not being government employees as required by law and the participation of ineligible voters in the polls. According to the AK Party, there were significant discrepancies among the tabulated results with wet signatures and stamps, which show the first vote record, the final record and the total number of votes submitted to the YSK. There were also empty or unsigned voting records and irregular registrations of voters.Commenting on CHP's remarks suggesting that they had the detailed list of the balloting committees prior to March 31, Yavuz stressed that even if they do not know about it, numerous previous YSK decisions do not allow lists to be handed over to the political parties due to election security. He added one must break the law in order to submit these list to the CHP.

Noting that the CHP should not sweep the irregularities under the rug, Yavuz called for the party to adopt a more responsible stance on the issue. "We expect a different stance from the CHP. This can affect the CHP in the future as well and lead to other irregularities in the future," he said.

He added that the elections should be redone in accordance with a decision made in 1999 by the YSK in the face of the irregularities.

According to the YSK's May 5, 1999 decision in Siirt's Kurtalan, it was ruled that: "In order to organize regular and healthy elections, the members of balloting committees should be objective. If the president and members of balloting committees objectivity is questionable and could lead to re-holding elections following objections of political parties, these members should be replaced."

Previously, CHP spokesperson Faik Öztrak said that AK Party and Nationalist Movement Party (MHP) have been exerting enormous efforts to delay the counting process, saying that that the do-over election will open deep wounds in the conscience of the public.

Accordingly, several media outlets reported yesterday that Anatolian Chief Public Prosecutor's Office opened 32 investigations into the irregularity allegations regarding the balloting committees in the districts of Maltepe, Kadıköy and Ataşehir.

The investigations were initiated upon the application of the AK Party and the Nationalist Movement Party (MHP), claiming that they have identified various irregularities in the vote counting process and data entry into the YSK's databases in the said districts.

Within the scope of the investigations, the prosecutor's office has identified more than 100 suspects, including chairmen and members of balloting committees, and asked them to give statements. The suspects are asked how the duties of the committees were distributed, whether the signatures on election tabulates belong to them and whether there was an extraordinary situation on election day.

In relation to the issue, Altay emphasized that the investigation is being opened due to "the order issued to the prosecutor office."