Head of Council of State urges all to respect YSK decision, independent judiciary 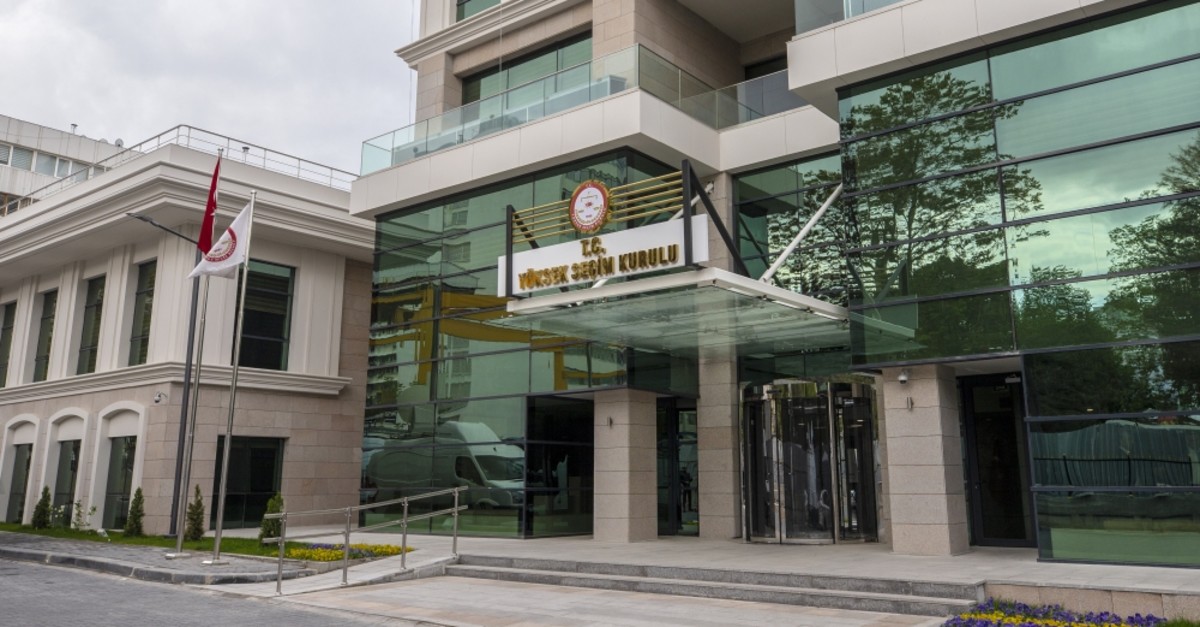 On Monday, the YSK ruled seven against four in favor and annulled the results of the mayoral election in Istanbul.
by Daily Sabah May 11, 2019 12:03 am

In response to the opposition's efforts to put pressure on the top election body, the judiciary underlined the supremacy of law and justice

The Supreme Election Council's (YSK) decision to renew the municipal elections in Istanbul continues to have broad repercussions as the top legal experts of the country express their support for the outcome while underlining that this is the result of a legal process and should be welcomed by everyone.

"The survival and efficiency of the Council of State is the most apparent proof of the belief of state and nation in democracy and justice," she added.

Stating the lengthy processes by which decisions are reached in the judiciary sometimes weakens people's trust in justice, Güngör said, "The judiciary is open to criticism of its decisions."

"Courts are the bodies to protect everyone's rights regardless of their identities," she said and added that the ultimate decisions of courts taken within the scope of the Constitution and laws are abiding for all individuals and institutions.

"The only principle that the Council of State is subjected to is the supremacy of law and justice," said Güngör and added that judges are responsible for providing justice, which is the essential basis of state, civilization and peace.

Opposition not satisfied with YSK decision

Güngör's statements came in the wake of the opposition's remarks about the YSK's decision to cancel and renew the March 31 municipal elections in Istanbul due to irregularities and unlawfulness. Following the decision, the main opposition Republican People's Party (CHP) and its members slammed the judiciary members of the YSK.

Speaking at his party meeting on Tuesday, CHP leader Kemal Kılıçdaroğlu described the YSK decision as a "frame" against democracy and blamed seven members of the YSK, who voted in favor of canceling the March 31 elections, of being "gang members" who work for the interests of the ruling party.

Ekrem İmamoğlu, the CHP's mayoral candidate in Istanbul, also said the decision of YSK's seven members who voted in favor of taking his mandate as the mayor of Istanbul back does not mean anything to him.

Faik Öztrak, CHP's spokesperson, also slammed the YSK decision during a press conference after the party meeting on Tuesday and said: "The national will that emerged from ballot boxes on March 31 was usurped on the table." Describing the decision as "a coup" and "the murder of law," Öztrak accused the YSK of ignoring the voters' preferences.

Releasing a statement in response, the YSK said on Wednesday that it will continue performing its duty without bowing to threats, pressure or smear campaigns.

"It is unacceptable for judges to be smeared and personally made targets due to their rulings," the YSK said in a statement on Wednesday.

The statement said that under Turkey's Constitution and laws, even if a person is a member of the legislature with immunity from prosecution, it does not give anyone the freedom to commit crimes or insult members of the judiciary.

Gap between two candidates big enough to make a difference

Speaking on Friday, the Justice and Development Party's (AK Party) mayoral candidate for Istanbul, Binali Yıldırım, said the YSK has yet to publish its detailed decision with reasoning.

"The gap between the two candidates was 13,729 votes. This is three times more than the gap. It clearly affects the election results," Yıldırım stated.

Undecided, dissatisfied voters will be the key for upcoming elections

Meanwhile, political parties have already rolled up their sleeves for their election campaigns as only a few weeks are left for the June 23 elections. As Hürriyet daily reported, political parties will focus their campaign strategies for the upcoming June 23 elections on voters who are undecided or unsatisfied. Accordingly, there are 1.7 million voters who did not go to polls in Istanbul on March 31. Analyses show that most of these voters consist of AK Party voters, students and Kurds who protested the Peoples' Democratic Party (HDP) for not nominating any candidate. Another important group is voters whose votes were counted as invalid. There were almost 290,000 invalid voters, most of whom are AK Party voters.

Elections in Istanbul, where İmamoğlu was awarded the certificate of the election with only a 13,729 vote difference, were followed by lengthy discussions and objections by parties demanding a do-over election due to irregularities and unlawfulness.

According to the AK Party, there were significant discrepancies among tabulated results with wet signatures and stamps, showing the first vote record, the final record and the total number of votes submitted to the YSK. There were also empty or unsigned voting records and irregular registrations of voters.

On Monday, the YSK ruled seven against four in favor and annulled the results of the mayoral election in Istanbul. The renewed election will be held on June 23. The decision was based on unsigned result documents from the March 31 election and on some ballot box officials not being civil servants.

The top election body also decided to file a criminal complaint against the chairman and members of the district election council, election managers and other people responsible for appointing polling staff unlawfully.