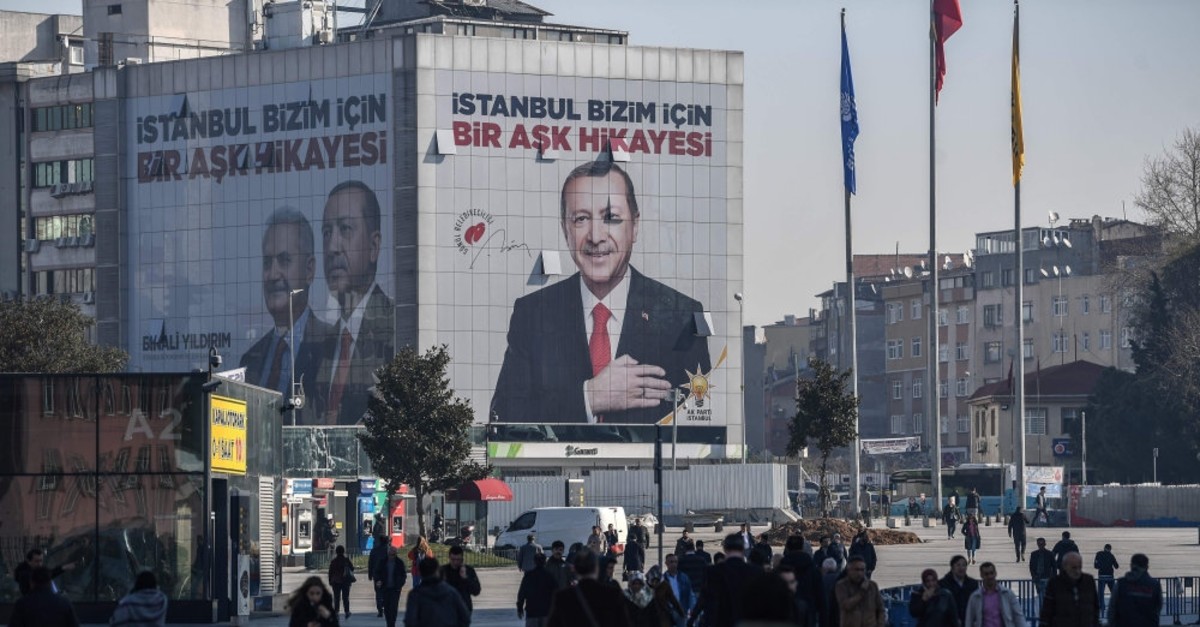 In the wake of the Supreme Election Council's (YSK) decision to annul the March 31 municipal elections in Istanbul, parties have started to prepare for the upcoming elections on June 23. Both the People's Alliance, which is comprised of the ruling Justice and Development Party (AK Party) and the Nationalist Movement Party (MHP), and the opposition Nation Alliance are preparing to focus their campaigning strategies on Kurdish voters and citizens who migrated from Anatolian cities.

The AK Party's campaigning period will be led by President Erdoğan. He is expected to hold rallies and meetings in districts of Istanbul to mobilize undecided voters who did not cast their ballots in the March 31 elections. In the holy month of Ramadan, iftar and sahur meetings will take place of traditional election rallies in order to build intimate connections with voters. Commenting on the issue, Mustafa Altunoğlu, an academic from Anadolu University, said the People's Alliance would focus on the irregularities and unlawfulness that led to the YSK's decision to cancel the recent elections, while the Nation Alliance will build their strategies on injustice and victimization. "The People's Alliance will try to take advantage of Recep Tayyip Erdoğan's traditional influence on voters in Istanbul," said Altunoğlu and added that the MHP Chairman Devlet Bahçeli will support Erdoğan during the campaigning period in which party leaders will take leading roles. According to Altunoğlu, the two leaders can build their strategy on the matter of national survival once again.

While the AK Party is planning to build their campaigning strategies on election safety and to inform citizens about the legitimacy of YSK's decision to cancel and renew elections in Istanbul, the main opposition Republican People's Party (CHP) will try to tell voters that they have become the victim of "an unfair decision given by the YSK."

During last week's party meeting, chaired by Erdoğan, election observers was one of the most important topics. According to reports submitted to Erdoğan, the lack of experienced observers during the March 31 elections was one of the reasons that irregularities in the polls could not be detected. Nearly 400,000 observers, who have experienced at least three elections, will take to duty in the name of the AK Party on June 23 elections. Observes will be trained before the elections.

The AK Party's campaigning period will be led by President Erdoğan. He is expected to hold rallies in a number of Istanbul districts to mobilize undecided voters, who did not cast votes in the elections on March 31.

The MHP, the partner of the AK Party in the People's Alliance, will also intensify their campaigning in Istanbul to demand votes for the AK Party mayoral candidate Binali Yıldırım. Fellow townsman associations will play a key role in the MHP's campaigning strategies. Accordingly, the MHP will focus their strategies on Anatolian cities from where Istanbul attracts high numbers of migrants. Using the fellow townsman associations, the MHP will try to convince voters' relatives in Anatolian cities as a motivation strategy.

Another strategy of the MHP is to focus on predominantly Kurdish populated cities. Bahçeli will also organize a meeting with provincial chairpersons of Van, Siirt, Ağrı, Bitlis, Adıyaman, Muş, Batman, Bingöl and Şanlıurfa in order to attract Kurdish votes.

Being the country's economic capital and largest city with a population of more than 16 million, Istanbul attracts migrants from all over the country. The eastern regions and predominantly Kurdish cities have seen high rates of migration to Istanbul for decades due to industrial development and job opportunities.

On Saturday, Bahçeli will also attend an iftar dinner with the participation of Istanbul provincial party organization and launch fieldwork.

Opposition parties to unite for İmamoğlu

On the other hand, the CHP seeks to attract votes of the Democrat Party (DP), the Democratic Left Party (DSP) and the Felicity Party (SP) along with its alliance partner the Good Party (İP). Also, the Peoples' Democratic Party (HDP) is expected to support the Nation Alliance.

Describing the YSK's decision as a "coup," the CHP will play the victim card. The campaigning period will be led by mayoral candidate Ekrem İmamoğlu based on the theme of justice. While the CHP is not planning to organize any election rally, visiting houses and shops with party members will be the main strategy. The CHP is also expected to follow a strategy focusing on fellow townsmen.

Altunoğlu said that the Nation Alliance will compete under the popular image of Ekrem İmamoğlu instead of the party leaders' profiles. "They will avoid any action that can harm the potential of this image," said Altunoğlu in a reference to İmamoğlu's political strategy to attract voters from different sections of society.

Altunoğlu also stated that İmamoğlu's discourse and strategy seeks to attract conservative voters and Kurdish citizens to expand the natural borders of CHP's voter base and added that other sections of the CHP voters, including secular nationalists, social democrats and leftists, will keep supporting İmamoğlu with one basic motivation - to beat Erdoğan and the AK Party.

The critical point will be the capability and ability of İmamoğlu in mobilizing Kurdish and conservative voters in favor of the Nation Alliance, Altunoğlu further added, stating that the upcoming elections have a symbolic meaning much more than the race between Ekrem İmamoğlu and Binali Yıldırım.

Elections in Istanbul saw İmamoğlu awarded the certificate of the election with only a 13,729-vote difference. The decision was followed by lengthy discussions and objections by parties demanding a do-over election due to irregularities and unlawfulness. After the elections, the AK Party submitted an extraordinary objection to the YSK for Istanbul Metropolitan Municipality, Maltepe Municipality and Büyükçekmece Municipality two weeks ago to cancel and redo the Istanbul municipal election.

The renewed mayoral election will be held on June 23. The YSK said its decision to annul the polls was based on unsigned result documents from the election and on some ballot box officials not being civil servants. Meanwhile, the YSK also decided to cancel the municipal elections in the Demirci town of Gülağaç district in the central Anatolian province of Aksaray.