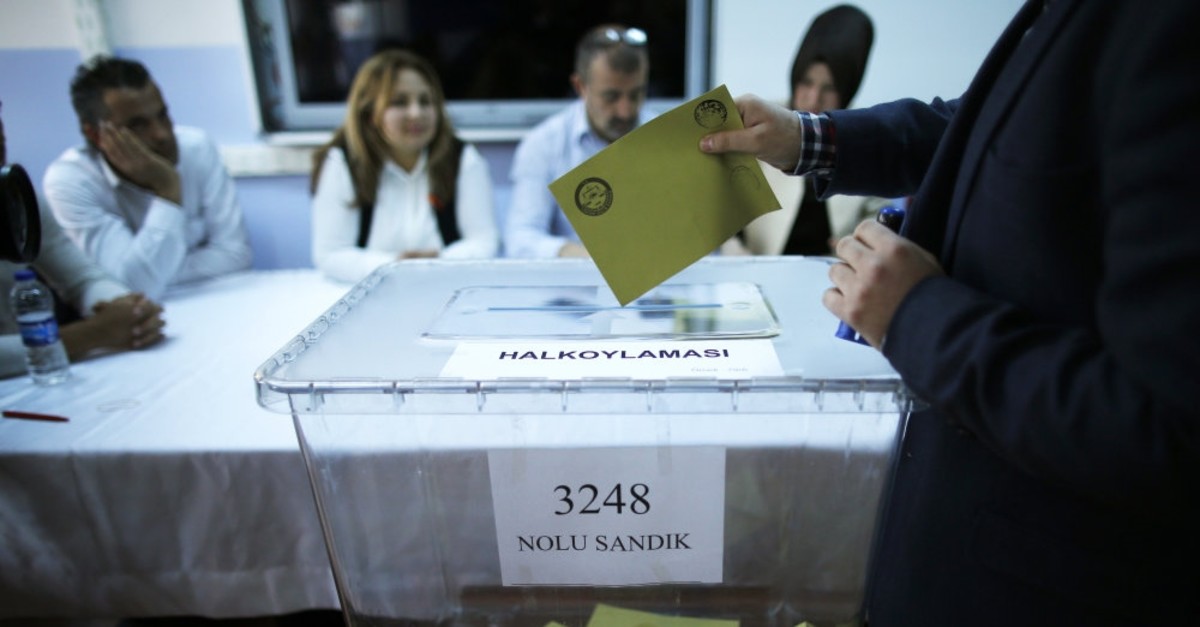 The top election body decided to cancel the March 31 Istanbul Metropolitan Municipality elections and renew them on June 23 amid clear signs of irregularities.
by Şeyma Nazlı Gürbüz May 25, 2019 12:31 am

The AK Party is satisfied with the Supreme Election Council's (YSK) justified reasoning, saying that its application of laws and correction of wrongdoings proves democracy works

The Supreme Election Council (YSK) released its justified reasoning on Wednesday, putting an end to the discussions on the Istanbul elections by reiterating that the elections have been canceled, and what the reasons were behind it. As the party that was behind the main objections that raised questions about possible irregularities and eventually led to the renewal of the elections, the ruling Justice and Development Party (AK Party) immediately welcomed the decision.

"The initial decision was already giving us the answer we wanted," said Abdullah Güler, a lawyer and Istanbul deputy of the AK Party, referring to the press release on the decision to cancel the elections on May 6.

"So, yes, this justified reasoning was quite satisfactory. However, my only criticism could be that it might have been a bit more detailed," he said, expressing his satisfaction with the outcome.

"Still," Güler underlined, "This is a right, realistic and universal decision that is in accordance with Article 79 of the Constitution."

The article that Güler refers to calls for elections to be held under the general administration and supervision of the judicial organs, underlining that the YSK is responsible for executing "all the functions to ensure the fair and orderly conduct of elections from the beginning to the end, carry out investigations and make final decisions, during and after the elections." According to Güler, this is exactly what has happened in Turkey since March 31, as the YSK took on the issue to remove any suspicions over the fairness of the elections.

The YSK's decision on the Istanbul Metropolitan Municipality (IBB) elections came down to a vote of four members against and seven in favor on May 6. The four who voted against the cancellation had requested a time extension for writing their reasoning, while the seven who voted in favor had previously written theirs.

Elections in Istanbul, where Nation Alliance candidate Ekrem İmamoğlu was awarded the certificate of the election with only a 13,729-vote difference, were followed by lengthy discussions and objections by parties demanding a do-over election due to irregularities and unlawfulness. After the elections, the AK Party submitted an extraordinary objection to the YSK. According to the AK Party, there were significant discrepancies among tabulated results with wet signatures and stamps, showing the first vote record, the final record and the total number of votes submitted to the YSK. There were also empty or unsigned voting records and irregular registrations of voters.

"It [the decision] is right and realistic. But why universal?" Güler asked and promptly responded to his question: "The case in Austria in 2016 is very similar to Turkey's case, and it sets a universal precedent." In 2016, Austria held its general elections. However, the elections were clouded by the fact that almost 80,000 votes were counted too early in an improper manner. Since the situation caused suspicion over election security, it was decided to renew the elections.

"In order for an election to be democratic, there should be a secret vote, open counting and a process that is suitable to the law. In Austria, a politician said following the incident that no one wanted the position as a result of a shady election," Güler said, saying that the politicians from all sides supported the renewal of the elections. "However, in our country, there have been remarks that were completely opposite to that," he added, referring to the opposition's ongoing criticism of the issue. "I think the reason why is that they were also surprised to come out as the winning party and did not want to lose their victory. However, they should have also wanted to have a new election to clear the clouds over the process. The electorate will be the judge once again, and there is no point in escaping from that," Güler expressed.

If the law can be applied, democracy works

"If the law can be applied, it means that the democracy works," Güler further emphasized, saying that having irregularities in the election period does not mean that democracy is damaged as long as the mistakes have been corrected. Güler was referring to Article 2972 of the election law of Turkey, which states that the elections can be renewed if they are being canceled by the YSK for one reason or another. "These laws have been written to be used when it is necessary," Güler added. 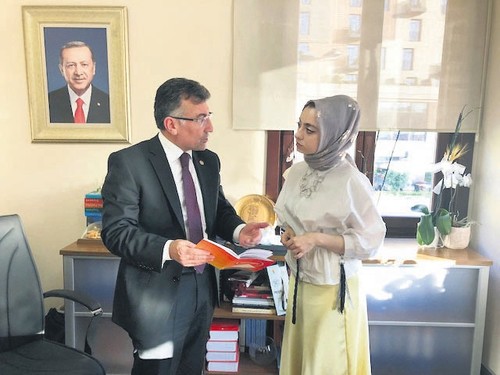 In the decision, the YSK said 754 ballot box committee chairmen were not public officials. Some heads were unemployed or had not specified their professions, while there were one of each of the following: a retired public official, a private hospital employee, a retired teacher, a teacher at private education institution, a financial adviser, a corporate employee, an accountant, a cargo company employee, a private bank employee, a lawyer, a driving school employee and an engineer.

The reasoning said given that the difference was only 13,729 votes between the main opposition Republican People's Party's (CHP) İmamoğlu and AK Party's candidate Binali Yıldırım, the issue of 754 ballot box chairmen serving illegally could not be allowed.

About the problems with voting tally sheets, Güler reminded that these sheets are important because they allow political parties to audit the results and whether they are processed correctly. "These voting sheets are processed into the system for the political parties to audit. When they are not being processed, what will we, as a political party, audit?" he asked, saying that the tally sheets of 108 ballot boxes were not submitted to the system, which was one of the points that the AK Party objected.

The YSK said investigations of İBB ballot boxes found voting tally sheets that had not been filed in the districts of Ataşehir, Beykoz, Beylikdüzü, Esenyurt, Gaziosmanpaşa, Kadıköy, Kartal, Sancaktepe, Sarıyer, Şile and Zeytinburnu.

When he was asked about a remark in the annotation chapter of the reasoning, which stated that since the wrongdoing was the responsibility of the YSK as the determiner of the chairmen of the ballot box committees, the people should not be punished by ignoring their will through the cancellation of the elections, Güler said that although this is a true saying, it lacks further information.

When it comes to Yıldırım's remarks saying that the "votes have been stolen," Güler said that it is a mere attempt to explain the situation to the people in a way they would understand.

"It has been determined that there were voting papers that were supposed to be recorded for Binali Yıldırım but not being recorded as such. However, although this is a fact, to say that it was done deliberately is a claim. There is no concrete evidence of that, which is why the YSK cannot evaluate it. Still, it is a fact that there has been electoral corruption, which can be explained to people by saying the votes have been stolen," he expressed.

Regarding the perception, especially in Western media, that the election race is actually between İmamoğlu and the chairman of the AK Party, President Recep Tayyip Erdoğan, instead of İmamoğlu and Yıldırım, Güler said this image was deliberately created by the opposition.

"It was a conscious choice of the opposition to create such a perception. This way, İmamoğlu increased his recognition among the people. However, our candidate is Mr. Yıldırım, and we have been working with him in the field, as well. Erdoğan is only supporting his party's candidate," he underlined.

Güler also criticized İmamoğlu's election promises, saying they are populist rather than municipal.

"He talks about social aid and such. These are the things that a state should think about, not a municipal mayor. These are not realistic promises. A mayor would not have jurisdiction over such things. It seems as if İmamoğlu is only focused on winning the elections and being the mayor for the next five years instead of planning the aftermath," Güler expressed.

"Foreign countries have all been so happy for the so-called victory of İmamoğlu. Or groups such as the HDP [Peoples' Democratic Party] openly support him. Why does he remain silent over that?" Güler asked, as a response to a question on why figures from the AK Party implied that İmamoğlu had foreign connections. The HDP did not field candidates for the elections on March 31 for a majority of mayoral posts in areas apart from the predominantly Kurdish eastern and southeastern parts of Turkey, calling on its voter base to support other opposition candidates. The party has also declared its support for İmamoğlu for the renewed elections on June 23.