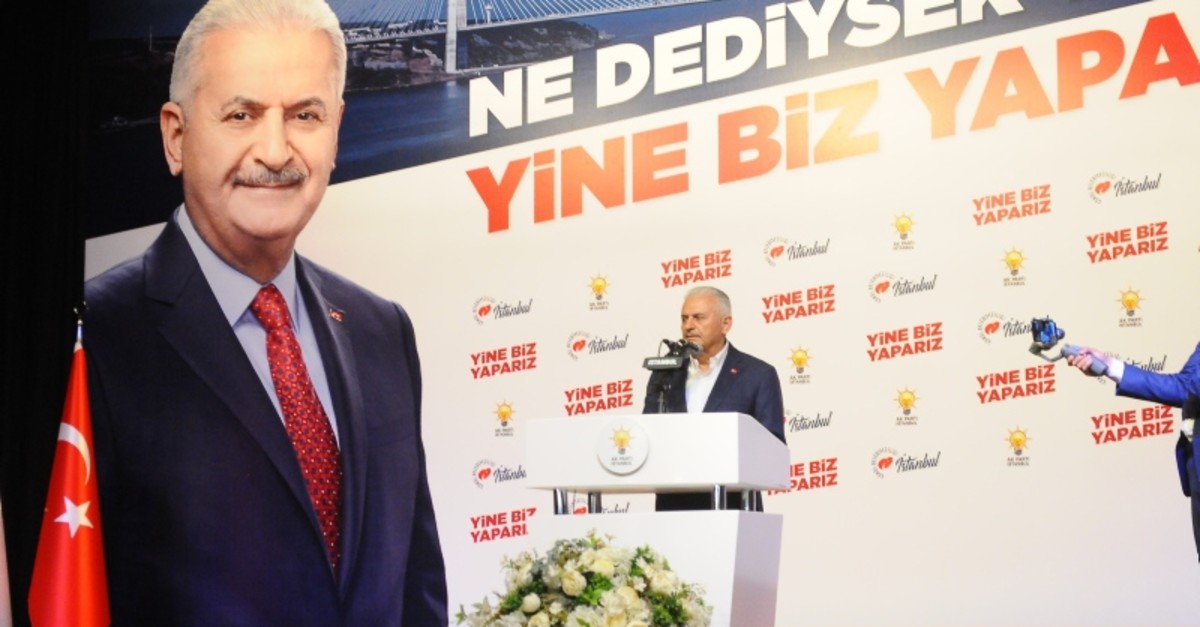 People's Alliance candidate Justice and Development Party's (AK Party) Binali Yıldırım said Sunday that his rival Nation Alliance candidate Republican People's Party's (CHP) Ekrem Imamoğlu was ahead in the race to become the next mayor of Istanbul and congratulated him on his apparent victory.

"I wish him luck in his duty. I am ready to assist him in any way I can," he added.

"I congratulate Ekrem Imamoğlu, who appears to have won the rerun of Istanbul's metropolitan mayoral election. The people's will has prevailed today once again," Erdoğan said.

Yıldırım and Imamoğlu are vying to run the metropolitan municipality of Turkey's most populous city after a previous vote on March 31 was annulled by the country's top election council last month.

Imamoğlu is leading the race in 28 out of Istanbul's 39 districts, greatly improving from 16 districts he won on March 31, the unofficial results show.

On March 31, Imamoğlu received 48.8% of the vote, whereas Yıldırım got 48.55%, according to official figures from the Supreme Election Council (YSK).

In the March 31 elections, voters chose from among 32 candidates — 24 of them independent — on the ballot.

In Sunday's rerun, there were only 21 candidates, including nominees from the AK Party, the CHP, the Felicity (Saadet) Party and the Patriotic (Vatan) Party along with 17 independent hopefuls.