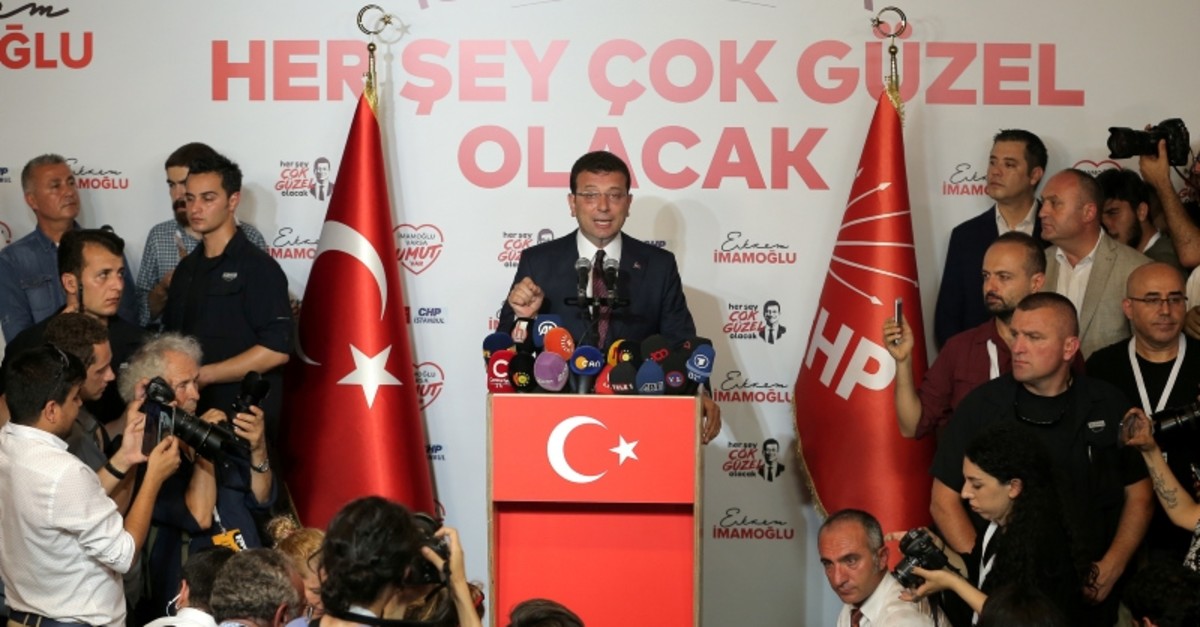 In the March 31 local elections, Imamoğlu won 16 of the districts, a dramatic difference from his dominant performance Sunday.

The vote difference between the two candidates was 777,581, significantly higher than 13,729 announced after March 31 elections.

Imamoğlu received the biggest boost in Adalar district, where he increased his votes by 10 percentage points compared to the last election. Çatalca and Silivri districts came second with a change of 8 percentage points, followed by Avcılar, Bakırköy and Şişli with 7 percentage points.

Soon after the results began coming in, Yıldırım conceded defeat and congratulated Imamoğlu on his apparent victory.

Yıldırım and Imamoğlu are vying to run the metropolitan municipality of Turkey's most populous city after a previous vote on March 31 was annulled by the country's top election council last month.

On March 31, Imamoğlu received 48.8% of the vote, whereas Yıldırım got 48.55%, according to official figures from the Supreme Election Council (YSK).