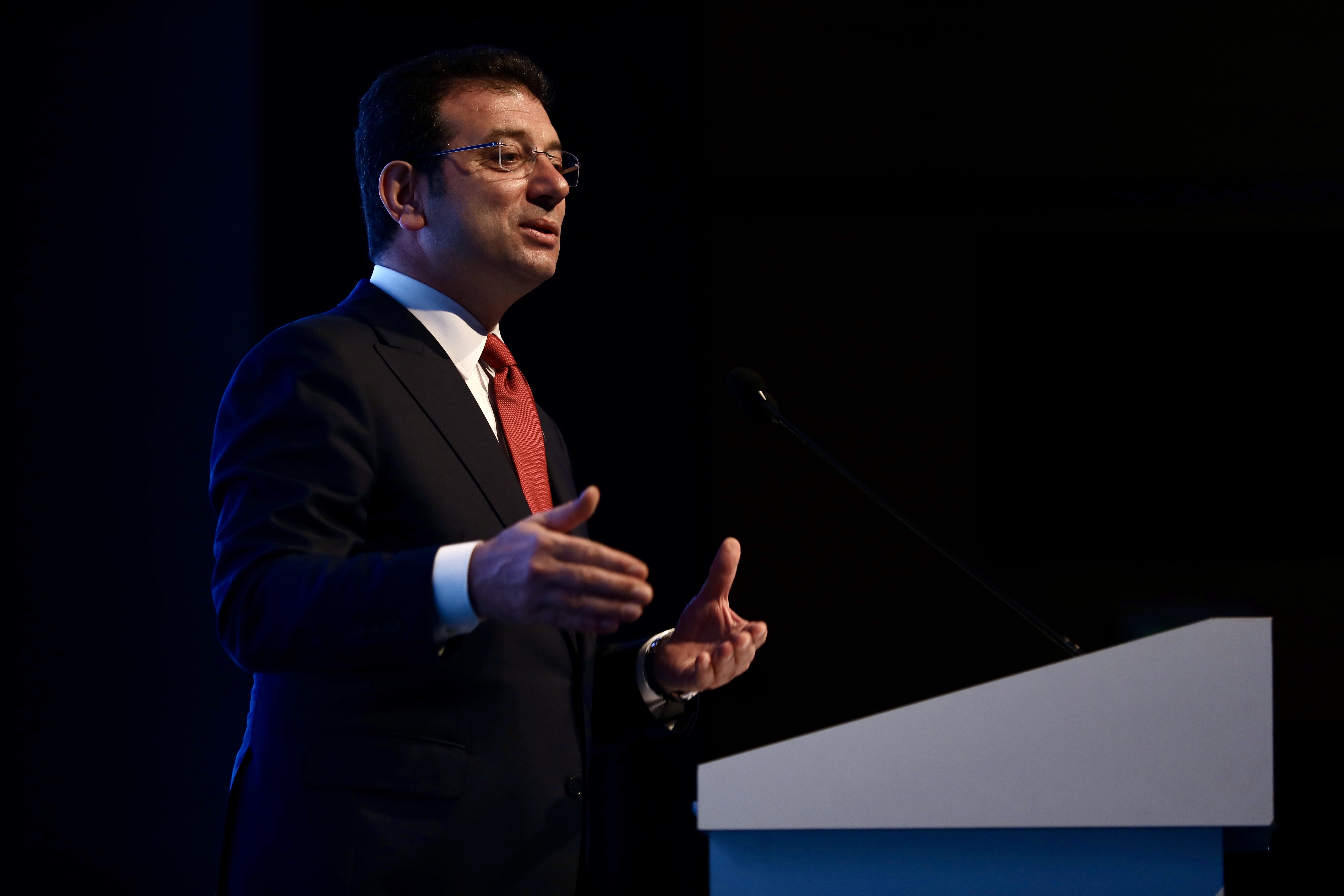 According to unofficial results, Imamoğlu received 54.03% of the votes while his opponent, People's Alliance candidate Justice and Development Party's (AK Party) Binali Yıldırım received 45.09% as 99.37% of the ballot boxes were counted.

The vote difference between the two candidates was 777,581, significantly higher than 13,729 announced after March 31 elections. Imamoğlu led the race in 28 out of Istanbul's 39 districts, greatly improving from the 16 districts he won in the canceled elections.

"The elections in Istanbul were carried out in a calm and peaceful manner. The official results will be shared with the parties and public when available," Supreme Electoral Board (YSK) Chairman Sadi Güven said in a news conference.

Soon after the results started coming in, Yıldırım conceded defeat and said his rival Imamoğlu was leading the race, congratulating him for the apparent victory.

"We'll try to help out Imamoğlu in everything he will do to the benefit of Istanbulites," Yıldırım said.

"You protected the dignity of Turkey's democracy in front of the whole world," he said, adding:

"You protected our more than a century-old democratic tradition, thanks to fellow citizens of Istanbul."

Imamoğlu said the outcome of the election is not a "victory" but a "new beginning" for the city.

"Today, 16 million Istanbulites have renewed our faith in democracy and our trust in justice. This was realized not only by those who voted for me, but all our citizens who helped us carry this election with great maturity and calm," he said.

Imamoğlu also called on President Recep Tayyip Erdoğan, saying he is willing to meet with him as soon as possible.

"I am calling on our head of state, President Erdoğan. I'm ready and willing to work in harmony with you on Istanbul's urgent issues such as earthquake safety in the city, subway construction, refugees and so on," he said.

Imamoğlu later met with tens of thousands of supporters in Beylikdüzü, where he served as mayor before running for Istanbul.

"We declared our commitment for democracy to whole world," Kılıçdaroğlu said.

"We are now crowning our republic with democracy and we will enlarge it, strengthen it."

Kılıçdaroğlu also thanked his party and all organizers of CHP's election campaign.

"It all started with our Justice March. We wanted justice and peace. […] We made our voices heard all over the world. We have overcome all obstacles together. Together, we have written a saga of democracy," the CHP leader said, referring to his 400-kilometer walk from Ankara to Istanbul in July.