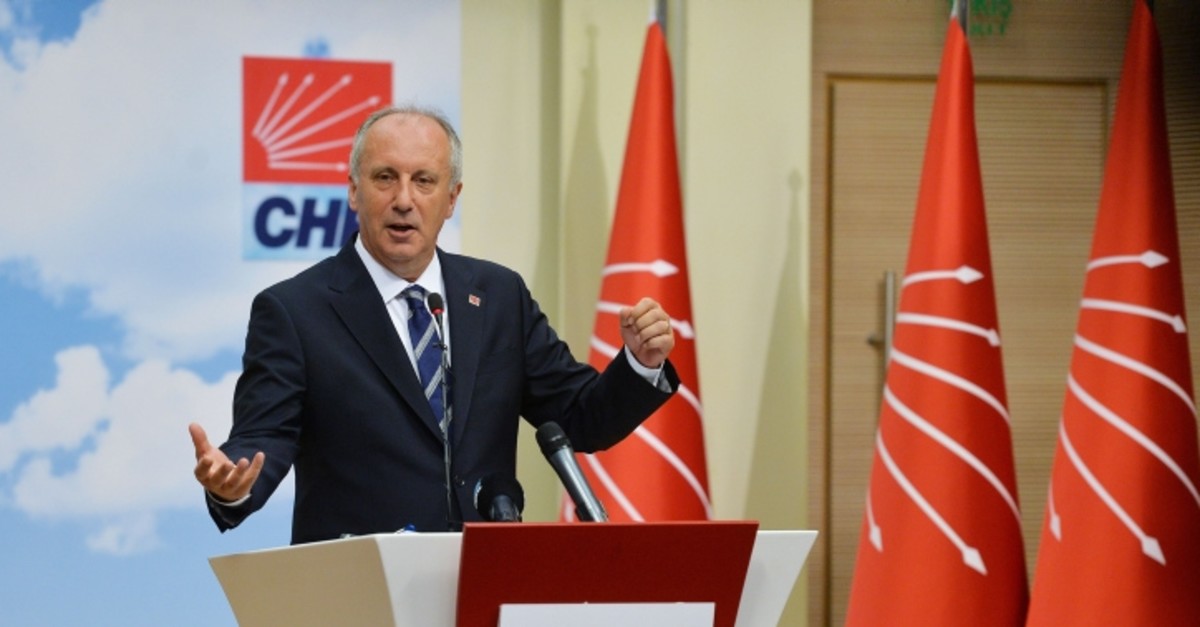 The main opposition Republican People's Party (CHP) presidential candidate in the 2018 elections Muharrem Ince declared Wednesday his intention to run again in the next polls, claiming that he had a successful campaign but made only one mistake in the aftermath of the elections.

"I gave hope to people, marched them toward victory, but I lost and couldn't accept it. I couldn't manage the [after election] process, I apologize but it's over and let's close this topic," he said in an interview with Turkish broadcaster Habertürk.

He added that his only mistake was not announcing the defeat personally but rather sending a message about it to famous TV anchor, Ismail Küçükkaya. "People should have heard from me [about defeat], not from Ismail Küçükkaya. I made a mistake," he said.

Following the elections, Ince's dialogue with Küçükkaya remained a hot topic for many days as the two directed accusations at each other. While the CHP candidate asserted that his text message to Küçükkaya, "the man has won," referring to President Recep Tayyip Erdoğan, was a private message and shouldn't have been shared with public, the veteran anchor defended himself saying that Ince did not specify such a request on the issue and it was his duty as a journalist to inform viewers.

Ince competed in the June 24 presidential elections and received 30% of the votes, falling behind the winner, Erdoğan. Yet support for Ince surpassed the support for his party, the CHP, by 8 percentage points in the parliamentary elections. The vote gap inspired Ince and his entourage to dislodge the party's long-standing leader Kemal Kılıçdaroğlu. However, they couldn't collect enough signatures in the party's election for a new chairman.