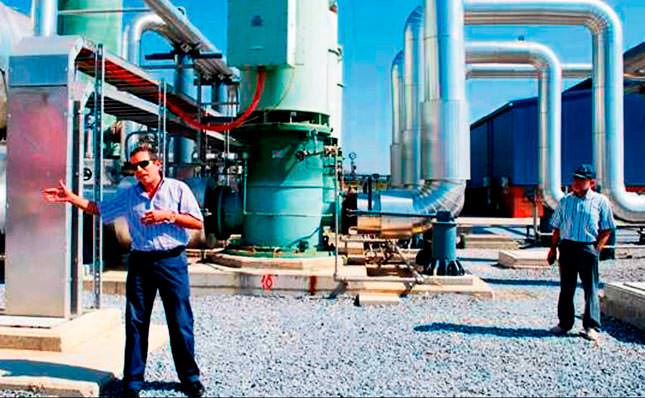 by Feb 26, 2014 12:00 am
Despite political concerns about the upcoming local and presidential elections and economic turmoil in global emerging markets, Turkey is likely to attract even more foreign direct investment (FDI) in 2014. According to sources from the Ministry of Energy and Natural

Resources, Turkey is about to sign $20 billion energy investment deals with companies from Qatar, Saudi Arabia and Thailand. In order to meet the soaring energy demands of its growing economy, Turkey has in recent years concentrated efforts on utilizing domestic resources. Turkey is in talks with global energy companies to develop the country's Afsin-Elbistan and Karapınar coal fields. In January 2013, Abu Dhabi National Energy Co. (Taqa) signed an agreement with Turkey to invest $12 billion to develop coal fields in Afsin-
Elbistan, southern Turkey. However, the company announced its withdrawal from the project last August.

Last month, Energy Minister Taner Yıldız announced Qatar's interest in investing in Afşin-Elbistan coal reserves. There is believed to be also a $12 billion investment deal with Qatar to build thermal power plants, which is expected to be completed within two months.
The construction and commissioning of those thermal power plants in Turkey's Afsin-Elbistan region would create more than 10,000 jobs and produce 8,000 megawatts of energy. Turkey's Ministry of Energy is also working to exploit another large deposit of coal located in Konya's Karapınar district in central Anatolia. Also arousing interest among foreign energy companies, the Karapınar site will attract $8 billion in investments. According to sources, Saudi energy group Acwa and Thai Singa Energy Solutions are bidding for investments and a final agreement is expected in the coming months. Karapınar thermal power plant is expected to produce 5,000 megawatts of energy.
The overal value of FDI in Turkey in 2013 was $12.6 billion, a drop of 4 percent when compared to 2012.

According to data released by the Ministry of Economy, the energy sector was responsible for securing $2.5 billion in FDI in 2013. If Turkey completes the ongoing negotiations and reaches an agreement to build thermal power plants in Afsin-Elbistan and Karapınar, it may secure up to $20 billion in FDI, which is significantly more than last year's figures.
According to the UNCTAD Global Investment Trends Monitor Report, Turkey has managed to attract $123.7 billion in FDI over the last decade. Over the last 80 years Turkey has only succeeded in attracting a total of $14.6 billion worth of FDI.