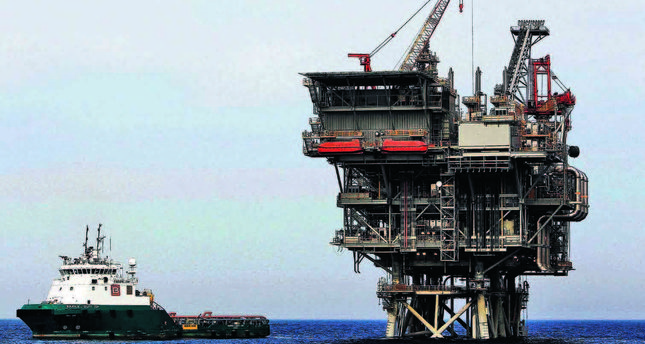 Israel in talks with Egypt, Turkey on gas export deals. This plan deals a blow to Greek Cypriot LNG plans and could deprive Europe of an alternative to Russian gas. Construction of Turkey's pipeline may start in 2015

MILAN/LONDON — Israel's drive to export its newfound natural gas could help to rebuild strained ties with old regional allies Egypt and Turkey, but could deprive Europe of a precious alternative to Russian gas. Israel has in recent months signed energy deals with Jordan and the Palestinian Authority, though relations with the Palestinians are at a low ebb, and now needs to expand its export horizons to cash in on its huge energy discoveries. If all goes well, the latest developments could see first pipelines being laid between Israel and Turkey as soon as 2015, and a gas cooperation between Israel and Egypt is also emerging, which would allow export access to Asia's major markets.

Once close allies, ties between Israel and Turkey were severely damaged following a deadly raid by Israeli commandos on a Turkish yacht carrying pro-Palestinian activists trying to defy an Israeli blockade on the Gaza Strip in 2010. Poor relations remain a barrier to a deal on gas, though the sides are talking.

Talks between the Leviathan consortium and Turkish counterparts are focusing on building a 10 billion cubic metre sub-sea pipeline at an expected cost of $2.2 billion, giving Israel access to a major emerging market and one of Europe's biggest power markets by 2023. "We think construction phase for a pipeline to transport Israeli gas to Turkey could begin in the second half of 2015," a Turkish energy official said. A separate yetto- be-built pipeline linking Europe with the Caspian through Turkey in 2019 could eventually also open up a new market for Israeli gas in western Europe. Meanwhile, a growing population and soaring demand have left Egypt's own liquefied natural gas export (LNG) plants in need of new supply, as domestic shortages eat into seaborne exports through the Suez Canal to the world's most lucrative market in Asia. This has put Israel's previous plans to pump its gas reserves into a future export plant in Greek Cyprus on the back burner, dealing a major blow to the indebted Mediterranean island's ambitions to become a global player in the gas market.

A Greek Cypriot LNG export plant was due to deliver at least 5 million tonnes a year to Europe and Asia, allowing Europe to reduce its growing dependency on Russia, which has become of particular concern since the crisis in Ukraine cast a Cold War chill over East-West relations.

Israel's new plans throw Greek Cypriot developments into doubt. "If Israel has really ditched Greek Cyprus as a partner to develop the region's gas resources, then we (Greek Cyprus) really do have to find quite a lot more gas if we want to become a viable exporter, and that would inevitably throw our plans back by several years," said one source involved in developing Greek Cyprus's gas reserves.

The possibility of sanctions on Russia's energy sector in response to Moscow's annexation of Crimea and troop build-up along Ukraine's eastern border have underscored Europe's acute need to diversify its oil and gas sources. Israel plans to export gas by pipeline and through several floating LNG production plants, which cool gas to liquid form, so they can ship it to the world's largest markets. At stake for Israel is a $150 billion tax take should export deals be agreed by a consortium operating its gasfields. Its strategic re-alignment effectively places a tantalisingly close new gas province out of Europe's reach. Egypt offers a way for the U.S.-Israeli group of companies developing Israel's giant Leviathan gas field to reach the Asian market, where LNG fetches about twice the price Europeans pay.

Britain's BG Group, which runs one of Egypt's under-utilised LNG plants and is among the world's top LNG trading firms, is in talks with the Leviathan partners.

The favoured option is to build a subsea pipeline from Leviathan to link up with BG Group's offshore pipeline network in Egyptian waters, allowing Israeli gas to feed directly into its LNG plant at Idku, according to industry sources. If realised, this would not only revive output at Idku but also mean that Israel's first LNG exports would take place from an Egyptian plant.

Previous land-based pipelines between Egypt and Israel were repeatedly bombed by groups opposed to links with Israel, but a subsea pipeline would be much harder to target. As part of a twin-track export policy, Israel also aims to ship LNG to distant Asian and South American markets through a floating plant to be moored above the Leviathan field.