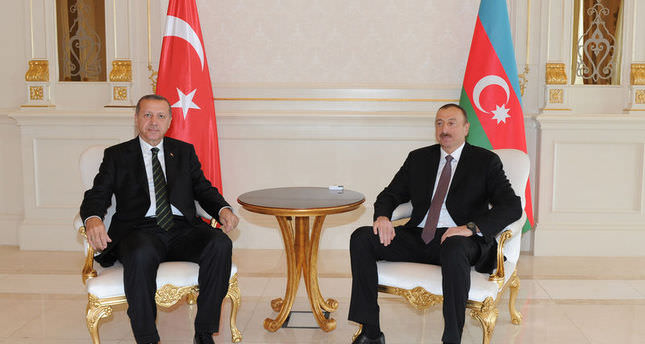 The joint Turkish-Azeri Trans-Anatolian Natural Gas Pipeline Project will be a success like the other energy projects undertaken by the two countries, said Azerbaijan's President Ilham Aliyev after his weekly cabinet meeting

BAKU — According to Azerbaijani media, Azerbaijan's President Ilham Aliyev made remarks in his closing speech at the Cabinet of Ministers meeting dedicated to the results of socio-economic development in the first quarter of 2014 and the future tasks of his country. "Newly constructed platforms and drilled wells increase our energy potential. The gas supply process is also successfully continuing, and I am sure we will achieve the desired figures soon," Aliyev said. He added that realization of the Trans-Anatolian natural gas pipeline project (TANAP), which is also known as the South Stream Gas Corridor that aims to carry natural gas from Azerbaijan to southern Europe, has already started. "TANAP is a giant project. The Shah Deniz-2 gas extracting plant, TANAP and the Trans-Adriatic Pipeline (TAP) are the largest infrastructure projects of Europe, Turkey and Azerbaijan," Aliyev said.

Noting that Azerbaijan and Turkey undertook financial and technical risks to initiate the projects, the president said, "I am sure we will successfully implement this project because until now we have achieved success in all the energy projects that we initiated." Aliyev highlighted the projects that are a reality now, such as the Baku-Tbilisi-Ceyhan and Baku-Tbilisi-Erzurum oil and gas projects between Turkey and Azerbaijan.