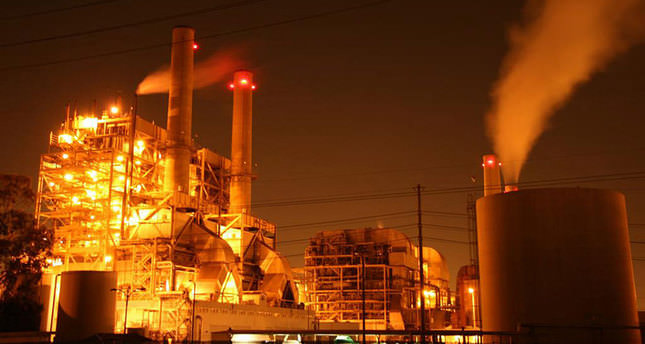 by AA Apr 22, 2014 12:00 am
ANKARA — In the first quarter of 2014, 53 new electricity power stations were put on line in Turkey according to officials from the country's energy ministry.

The 53 new stations have added 651 megawatts (MW) to Turkey's electricity production capacity, 70 percent of which is being produced by hyrdoelectric power plants and the remainder produced by wind (136 MW), coal (37 MW) and other renewables such as bio-gases, geothermals and waste heat recovery plants (7.5 MW).

Currently Turkey has 275 electricity power stations but at the end of 2013, the country had 222, according to the energy ministry.

However, in the first quarter of this year, the new stations capacity decreased by around 13 percent compared with the same period in the previous year.

As a developing country, Turkey's electricity consumption is rising each year and consequently it has increasing energy needs. The country is now attempting to increase its installed electricity capacity to 100,000 MW by 2023.