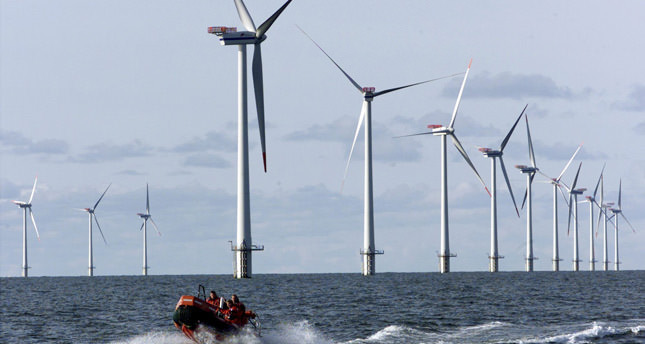 by AA
Apr 25, 2014 12:00 am
ISTANBUL — Turkey's central role in the face of changes in the global energy market has been more striking following the Ukraine crisis, London-based Global Resources Corporation President Mehmet Ogutcu has said.

Ogutcu's comments to Anadolu Agency came on the sidelines of the 20th International Energy and Environment Fair and Conference (ICCI 2014) in Istanbul, whose main media sponsor is the Agency.

Evaluating the recent changes in the global energy market, Ogutcu said there were newcomers both to the supply and demand chain.

"My guess is that we will have lots of oil and gas coming to the market," he said and pointed to the international projects like the coming Trans Anatolian Natural Gas Pipeline (TANAP) to illustrate Turkey's transit role in carrying Azerbaijani gas to European markets.

TANAP, on which construction has begun, could prove to be one of the most strategic projects in helping Turkey fulfill its ambition of becoming an energy hub.

The pipeline is part of a project which will carry Azerbaijani gas via Georgia and Turkey to Greece, and from Greece to further European markets.

It is expected to initially provide 16 billion cbm of natural gas per year by 2019, which could later increase to 23 billion cbm by 2023.

Ogutcu emphasized that for Turkey to play the hub role more efficiently, it needed energy giant companies with huge capital.

"Turkey needs to generate energy funds at least around $50 billion some from treasury, some from international organizations and the private sector," he said.

Asked about his opinion on Turkey gaining EU membership to generate funds, Ogutcu said he would not prefer to "put all the eggs into the EU basket".

"Of course, Turkey needs to work very closely with the EU, adopt its standards, and benefit from financing abilities," said Ogutcu, but pointed out that the Gulf, India and Singapore and $7 trillion worth of Islamic finance were alternative sources.

Ogutcu also congratulated the Anadolu Agency for its upcoming "Energy Terminal" project and said it would fulfill a real gap on information coming from Turkey to the global energy market.

The Anadolu Agency will soon launch online and English language terminal following Turkish and global energy markets and will provide its subscribers with immediate data and news reports together with expert opinions.