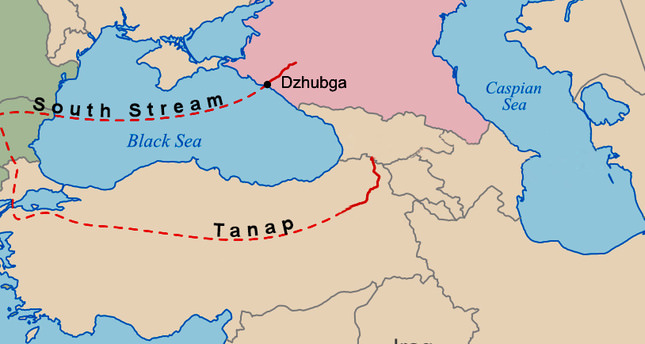 by AA Apr 26, 2014 12:00 am
ISTANBUL — The European Union should reconsider receiving gas via Russia's South Stream pipeline as Turkey is ready to carry gas to it with increased capacities, a Turkish Petroleum chief has said.

The comments by the Turkish Petroleum Corporation's International Projects Department President, Emre Engür, came on Friday at the 20th International Energy and Environment Fair and Conference (ICCI 2014) in Istanbul, whose main media sponsor is Anadolu Agency.

During a speech entitled "Turkey on the way to becoming an energy hub", Engür said the Turkish Petroleum Corporation, BOTAS, was ready to carry more gas to Europe via its Trans Anatolian Natural Gas Pipeline (TANAP) if its partners decide to raise the line's capacity.

"However, the EU's decision is also important for the fate of TANAP because Russia's South Stream aims to carry 60 billion cubic meters of gas annually to Europe," said Engür.

The EU should therefore choose between diversifying its energy resources, guaranteeing supply security and only diversifying energy supply routes by accepting to buy gas through Russia's South Stream, he said.

TANAP, on which construction has begun, could prove to be one of the most strategic projects in helping Turkey fulfill its ambition of becoming an energy hub.

The pipeline is part of a project which will carry Azerbaijani gas via Georgia and Turkey to Greece, and from Greece to further European markets.

It is expected to initially provide 16 billion cbm of natural gas per year by 2019, which could later increase to 23 billion cbm by 2023.
Engür said Iraqi, Iranian and Turkmenistan gas could also be added to TANAP, and added: "As long as geostrategic developments allow, Turkey will realize its goal to be a gas hub."

As part of the EU's reaction to the Crimea crisis, Brussels has halted the South Stream - which would have increased the reliance on Russian gas in south-eastern EU countries.