EU wants one price for Russian gas for all its members 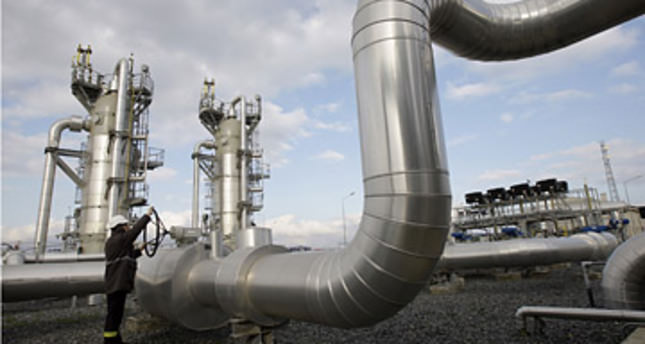 by May 03, 2014 12:00 am
WARSAW — European Union Energy Commissioner Guenther Oettinger said yesterday that the EU wants a uniform price for Russian gas for all its member states, adding Europe's common gas infrastructure should include Ukraine, Georgia and the western Balkans.
Oettinger was speaking after a meeting with Polish Prime Minister Donald Tusk, who promotes an idea of an EU energy union and joint purchase of Russian gas, ahead of talks with Russia and Ukraine on the security of Russian gas deliveries to Europe. "We want a uniform gas price in the European common market,"

Oettinger said at the joint news conference with Tusk. "The game of 'divide et impera' (divide and rule), or a game of this type proposed by Moscow cannot be and will not be accepted by EU member states," Oettinger said. Currently, EU member states buy Russian gas on the basis of bilateral contracts with Moscow, and pay different prices. Common purchases would improve EU's negotiating power and cut the price. "We have very big differences in terms of gas prices. The higher the share of Russian gas in purchases and the bigger monopoly Russia has in supplies, the higher the prices are," Oettinger said. The EU has made progress in improving its energy security since gas crises in 2006 and 2009, when rows over unpaid bills between Kiev and Moscow led to the disruption of gas exports to western Europe.

But so far, EU reliance on imported oil and gas, especially from Russia, has been rising, not falling. Oettinger also said that Europe should have pan-European grids for natural gas and electricity, including more power links between countries and should increase the diversification of its energy imports. "The infrastructure with regard to gas and energy transit should have a pan-European character and should also include Ukraine, Georgia and Western Balkans," Oettinger said.

Ukraine fully supports the idea of introducing a unified price for natural gas in the European Union.