Gulf 's free fuel for Egypt reaches $6B in value 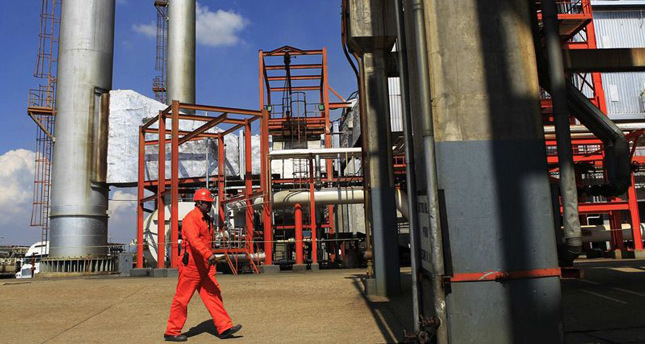 by May 07, 2014 12:00 am
CAIRO — Gulf oil producers have given Egypt a free fuel lifeline totalling $6 billion (TL 12.5 billion) in value to help fend off unrest on its streets in the summer when consumption soars, the head of its national oil company said. Tarek Al Molla, head of the Egyptian General Petroleum Corporation (EGPC), told financial newspaper Al Mal that the aid consisted of "huge quantities" of benzene, diesel, heavy fuel oil mazut, butane and crude oil, since last July. The aid helps reduce the heavy costs of government fuel subsidies and the drain on foreign exchange reserves. It came after Saudi Arabia, the UAE and Kuwait promised Egypt more than $12 billion in loans and donations days after the army ousted President Mohammad Mursi. Al Molla said the Gulf countries had agreed to rotate management of the support, with the UAE in charge for the first quarter of 2014 and Saudi Arabia taking over in the second quarter. Aid in the form of refined oil products will continue until at least September, Finance Minister Hany Kadry Dimian has said. Last year, Saudi Arabia pledged $2 billion in energy products with Kuwait and the UAE promising an additional $1 billion each. Fuel subsidies cost Egypt's government $15 billion a year, a fifth of the state budget. The money keeps pump prices well below market values. Egyptians rioted over long lines at gas pumps just before Mursi's ousting following mass protests against his rule.