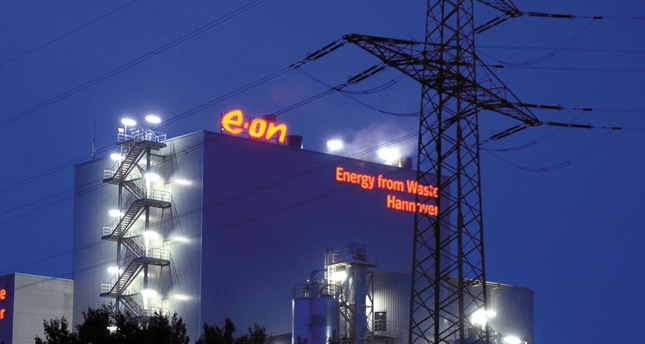 by AA May 13, 2014 12:00 am
DUSSELDORF — A major investor-owned energy supplier, E.ON eyes on bringing Northern Iraqi and Israeli gas to Turkey with its partner Sabancı Holding through their joint venture Enerjisa, said E.ON Head Dr. Johannes Teyssen during a press conference in Dusseldorf.

Enerjisa organized a press tour starting on May 7 and running until May 9 at E.ON facilities in Dusseldorf, Aachen and Essen commemorating the first anniversary of German energy giant E.ON and Turkish Sabancı Holding.

Enerjisa has 2.6 GW power production capacity in Turkey, with 1.7 GW installed power and has 900 MW under development.
Teyssen said that the Transadriatic Pipeline Project (TAP), which will bring Azerbaijani gas to Europe via Turkey, is a business opportunity for Enerjisa, and he commented that the plans on bringing gas from Northern Iraq and Israel to Turkey have been evaluated but not decided on yet.

He explained his approach on the speculation of Israeli, Lebanese or Cypriot gas, which are yet to be brought to the market, is to "show me the gas first" before considering any impact on the gas market.

Teyssen expressed his faith in the Turkish economy post the March 30 local elections and commented that the economy, young population, positive democracy and modus operandi in Turkey are favorable for their investments.