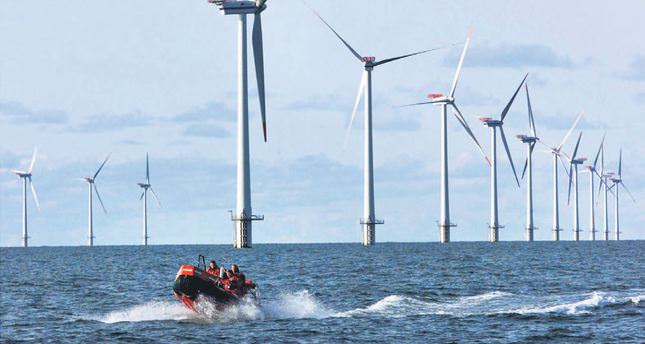 SEOUL — The global cost of securing a clean energy future is rising by the year, the International Energy Agency (IEA) warned yesterday, estimating that an additional $44 trillion (TL 91.42 trillion) of investment was needed to meet 2050 carbon reduction targets. Releasing its biennial "Energy Technology Perspectives" report in Seoul, the agency said electricity would increasingly power the world's economies in the decades to come, rivalling oil as the dominant energy carrier.

Surging electricity demand posed serious challenges, said IEA executive director Maria van der Hoeven. "We must get it right, but we're on the wrong path at the moment," Van der Hoeven told reporters in the South Korean capital. "Growing use of coal globally is overshadowing progress in renewable energy deployment, and the emissions intensity of the electricity system has not changed in 20 years despite some progress in some regions. "A radical change of course at the global level is long overdue," she said. Such a change would, however, be expensive, and the IEA stressed the importance of governments minimising investment risks in the energy sector so as to encourage institutional funding.

The agency said an additional $44 trillion in investment was needed to secure a "clean-energy future" by 2050, compared to the $36 trillion it had estimated in its 2012 report. "The increase partly shows something the IEA has said for some time: the longer we wait, the more expensive it becomes to transform our energy system," Van der Hoeven said. While the deployment of clean energy technology in emerging economies has rallied over the past year - making up for declines in the industrialised world - the overall picture remains bleak, according to the report's lead author David Elzinga. "We are not making the technical progress needed to bring down the cost yet," Elzinga said.

Attracting capital investment will be crucial to financing the transition to a clean energy system, the report said, but high capital costs meant investors would need support "to alleviate their exposure to a shift in risk profiles". It also pointed out that the $44 trillion figure would be more than offset by an estimated $115 trillion in resulting fuel savings.
Last Update: May 13, 2014 1:02 am
RELATED TOPICS