A look at the company running the Soma coal mine 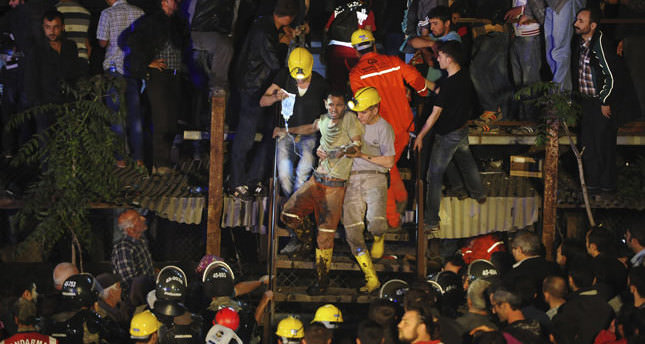 ISTANBUL — Soma Coal Enterprises Inc., the company running the exploded coalmine, and Alp Gürkan, founder and owner of the company, were introduced to the Turkish public two years ago by a Turkish daily newspaper. According to the article: "Alp Gürkan, a geological engineer, embarked on running a lead-zinc mine in Bayındır, İzmir, in the 1970s. A shortage of fuel oil emerging near the end of the 1970s and troubles in machinery imports led him to wind up the business. Alp Gürkan started to ponder a way to close his debts after winding up the company. At this very time, he found an opportunity to run a coalmine field owned by the Koç Group, one of the largest holding companies in Turkey, which has an edge with the AK Party government, in Tirebolu as a subcontractor. Despite negative reports of some professional managers, Vehbi Koç, founder of Koç Holding who was over 80 at the time, made his decision. 'Both sides can benefit from this business.

Let Alp Gürkan operate the mine for us,' he said. The visa granted by Vehbi Koç was a turning point for Gürkan. Years after Gürkan commented on Koç's decision and said: 'We earned a great amount and also led them to earn great amounts. I found the chance to clear all my debts.' When the Koç Group decided to continue to run the business themselves after two-and-a-half years, Gürkan embarked on the business of coalmining in Soma. The real leap for the business in Soma was enabled with the decision of Turkish Coal Enterprises (TKİ) in 2005. Gürkan's statement made it clear that TKİ, which was mostly in the red before, moved into profitability after this decision."
Soma Coal Enterprises Inc., which belongs to Gürkan, became the largest coal mine in the region. According to Turkish media, the company announced in late 2013 that it was going to employ 3,000 more workers. During an interview, Gürkan noted that his company reduced the cost of coal production from $140 to $24 per ton. The authorities and the Turkish people now question how the company managed that.
RELATED TOPICS