Saudis need to spend $213B on water 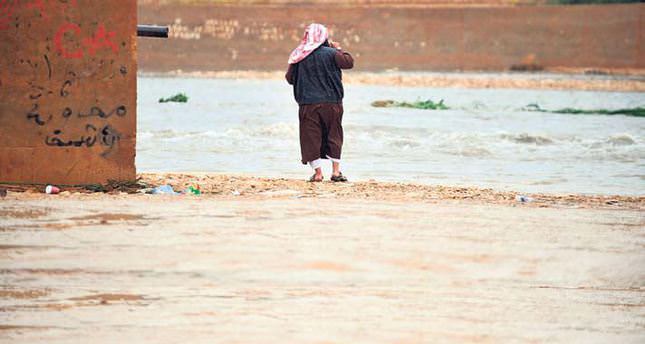 by May 15, 2014 12:00 am
SAUDI ARABIA — Top oil exporter Saudi Arabia needs to spend SR800 billion ($213.3 billion, TL 440 billion) over the next ten years to meet soaring domestic demand for water and electricity, the deputy electricity minister said on Tuesday. Demand for power and water in the desert kingdom has grown significantly in recent years as an increasingly wealthy population consumes more to support affluent lifestyles and escape the searing summer heat. "The water and power sectors are among those whose demand is rising at very high rates, to challenging levels," Saleh al-Awaji told reporters at an industry conference, adding demand was rising at around 8 percent annually. "We need investments in water and power sectors in the ten coming years worth around 800 billion riyals and we expect the private sector investment to be 30 percent either in power or water."

Awaji told Reuters in April peak power demand during summer is approaching the total installed capacity of around 60,000 MW. The 800 billion riyals figure is higher than previous official estimates that the kingdom would need to spend 500 billion riyals until 2020. The latter estimate though was made before the country announced major infrastructure and housing projects. Saudi Electricity Co (SEC) plans to spend 622 billion riyals between now and 2023, adding 40,000 megawatts (MW) of installed generating capacity and expanding transmission and distribution networks, SEC Chief Executive Ziyad Alshiha was quoted as saying in March. SEC, which is majority state-owned, has developed some independent power producer (IPP) projects involving the private sector. Saudi Arabia and Egypt plan a power grid that will allow both countries to share up to 3,000 MW. Awaji, who is also SEC chairman, expects tenders to be launched by the end of this year or early next year. Water use in the desert kingdom is already almost double the per capita global average and increasing at an ever faster rate with the rapid expansion of Saudi Arabia's population and industrial development.