Russia-China signs gas deal worth $400B 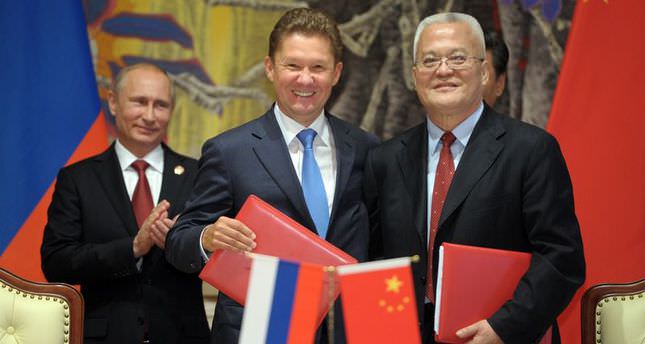 by May 21, 2014 12:00 am
SHANGHAI — China signed a long-awaited, 30-year deal Wednesday to buy Russian natural gas worth $400 billion in a financial and diplomatic boost to diplomatically isolated President Vladimir Putin.

Negotiations on the price for the gas had continued into the final hours of a two-day visit by Putin to China, during which the two sides had said they hoped to sign a deal.

CNPC announced it had signed a deal but it gave no details.

Putin, shunned by the West over Ukraine, met Tuesday with Chinese President Xi Jinping while negotiations on the gas deal continued in private. Putin wants to expand Russia's dealings with Asia and diversify markets for its gas, which now goes mostly to Europe.

The Ukraine crisis and sanctions imposed by Washington and the European Union on Russia had raised expectations Moscow would compromise in order to secure the gas deal.

The U.S. treasury secretary, Jacob Lew, appealed to China during a visit last week to avoid taking steps that might offset sanctions.

However, American officials have acknowledged China's pressing need for energy.

Plans call for building a pipeline to link China's northeast to a line that carries gas from western Siberia to the Pacific port of Vladivostok.

Putin was in Shanghai for an Asian security conference.