US, Baghdad objections to oil export fails to cow KRG 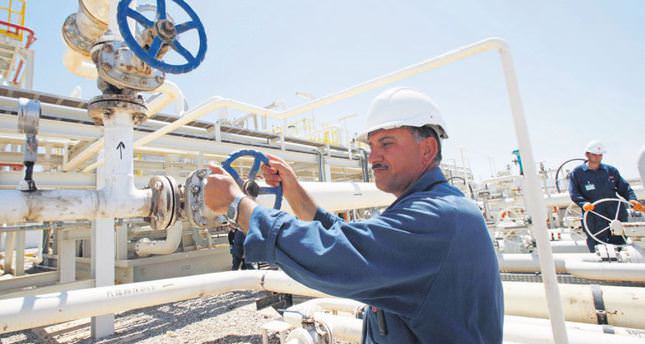 Northern Iraq is committed to exporting its oil via Turkey, say KRG officials in response to objections from Baghdad and Washington

IRAQ — The first shipment of oil piped from northern Iraq was sold to European markets on May 22, and the revenue will be deposited in Turkey's state-run Halkbank, the Kurdish Regional Government (KRG) said in a statement on May 23. The autonomous region said sales from the Turkish port of Ceyhan would continue despite opposition from Baghdad, which has threatened legal action. After the objection from the Baghdad government, the U.S. also raised its voice against the KRG's oil exports via Turkey last week.

ONEIn a public statement published on the official website of the KRG, Felah Mustafa, KRG's head of foreign relations, said the KRG holds the franchise for oil extracted from its territories as an answer to U.S. authorities who claimed last week that the Baghdad government's permission was necessary for oil export. Mustafa emphasized that the U.S. should take an unbiased position toward this matter.

In his statement, which was announced as the opinion of the KRG, Mustafa stated that Kurdish people would control their own destiny contrary to the period during which foreign powers interfered in their actions. "The right to decide on the sale of oil belongs to the Kurdish people. European countries support us on this issue. The U.S. should take a neutral position towards this matter and remain silent. We would appreciate it if the U.S. does not become involved in the political conflict between the KRG and the Baghdad government. The KRG conducts its policies by prioritizing the interests of Kurds. The KRG will not take into account advice on this issue no matter what party gives it," he noted.

Regarding Baghdad's taking legal action to stop the oil sale, Mustafa noted that the KRG has been working on energy issues for a long time. "Officials from numerous international oil companies and law experts went through the Iraqi constitution. Eventually we reached this decision [KRG's oil export is constitutionally legal].

Washington is concerned over the export of northern Iraqi Kurdish oil to global markets via Turkey's Mediterranean port of Ceyhan, U.S. State Department spokeswoman Jen Psaki said on May 22. "Our position has long been that we don't support exports without the appropriate approval of the federal Iraqi government, and we certainly have concerns about the impact of those [exports] continuing,"
Psaki said during a press briefing.

Speaking about the matter on Sunday, Turkey's Minister of Energy Taner Yıldız noted that Turkey and Iraq reached an agreement on exporting 100,000 barrels oil from the KRG through Turkey during the visit of Abdul Kareem Luaibi,the Iraqi Government's Petroleum Minister, to Turkey. "I do not suppose this process would take a more negative course. The oil and revenue belong to Iraq. The revenue gathered in Halkbank will be equally shared.

In this sense, what will be done is in parallel with what our Iraqi people decide. That is why we cannot have any deeds against agreements. We believe that there is and will be nothing contradicting the agreement."

Additionally, an Iraqi lawmaker on Sunday called for holding an emergency parliament session on the export and sale of northern Iraq's oil without approval from the federal government in Baghdad."The parliament leadership has to shoulder its responsibilities towards the Iraqi people and public funds," Ali al-Fayyad, the head of the Energy Committee in the Iraqi parliament.