Sale of KRG oil to be transparent 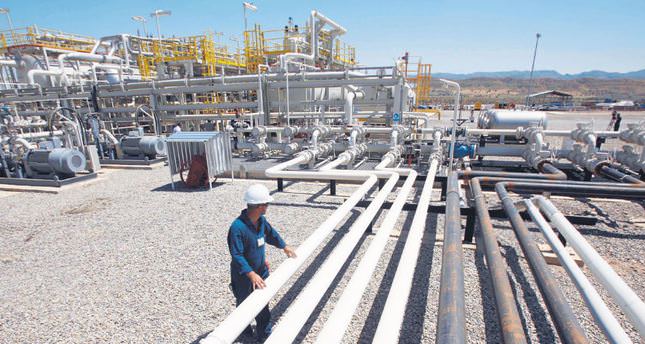 by AA May 28, 2014 12:00 am
ANKARA — The Iraqi government claimed on 23 May that the sale is against international law and the Iraqi constitution and the U.S. supported Baghdad by emphasizing that approval of the Baghdad government was necessary for the sale. However, authorities from Turkey and Kurdish Regional Government (KRG) say that the sale is in accordance with international and Iraq's national laws. Turkish authorities also remarked on Monday that it will follow the Iraqi constitution's articles regarding sharing of the revenue stemmed from the oil exportation and provide transparency in sale processes. To provide transparency, Kurdish oil will be marketed through monthly tenders swhich can be watched by those concerned.

Officials from the Turkish Ministry of Energy told Daily Sabah that Turkey and KRG were able to sell the oil to the international market, which indicates that the markets regard this sale legitimate and feasible. "Turkey will continue to sell the Kurdish oil in accordance with international and Iraqi laws. "The oil will not be sold with long-term agreements but with monthly tenders, because Turkey and KRG want to assure all parties interested in the sale about the amount of the exported oil," said the official from the Ministry of Energy.

It was also emphasized by sources from the Ministry of Energy that Turkish authorities instantly informed both Irbil and Baghdad governments regarding the sale. "Turkey guarantees the revenue will be shared in the way which is dictated by Iraqi constitution." Iraq filed for arbitration against Turkey on Friday to stop exports of oil from Kurdistan after European markets bought the first load of oil piped from the autonomous region. The move raises the stakes again in a long-running game of political brinkmanship as Baghdad seeks to thwart Kurdistan's moves towards greater self-sufficiency. The request was filed with the Paris-based International Chamber of Commerce and also targets Turkish state-owned pipeline operator BOTAS for its role in facilitating oil exports from Kurdistan without the Iraqi federal government's consent. "By transporting and storing crude oil from Kurdistan, and by loading that crude oil onto a tanker in Ceyhan, all without the authorization of the Iraqi Ministry of Oil, Turkey and BOTAS have breached their obligations under the Iraq-Turkey Pipeline Agreement," the government said in a statement.

Speaking about the matter on Sunday, Turkey's Minister of Energy Taner Yıldız noted that Turkey and Iraq reached an agreement on exporting 100,000 barrels oil per day from the KRG through Turkey during the visit of Abdul Kareem Luaibi, the Iraqi Government's Petroleum Minister, to Turkey. "I do not suppose this process would take a more negative course. The oil and revenue belong to Iraq. The revenue gathered in Halkbank will be equally shared. In this sense, what will be done is in parallel with what our Iraqi people decide. That is why we cannot have any deeds against agreements. We believe that there is and will be nothing contradicting the agreement," the minister said.

Oil piped from northern Iraq, which was first sold to German and Italian refineries on May 22 despite objections from the U.S. and Iraqi governments, will be sold in monthly tenders in order for the process to be transparent, Turkish Ministry of Energy officials said. The first batch of oil sold to Germany and Italy totalled 1 million barrels.
RELATED TOPICS