Oil and gas exploration in Turkey will continue 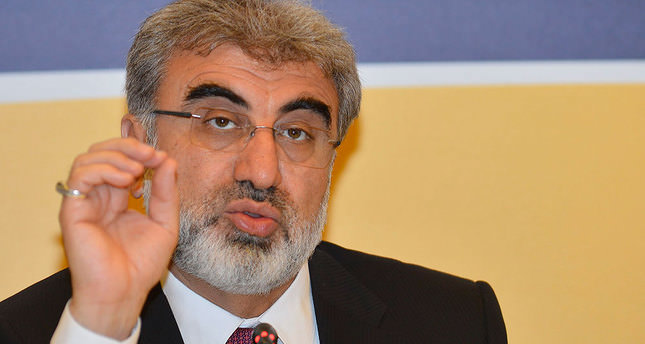 by AA May 29, 2014 12:00 am
ANKARA — Turkey spent around one billion US dollars in oil and gas exploration in 2013, Turkish Energy Minister Taner Yıldız said on Thursday.

Oil exploration will continue, said Yıldız adding that he believes oil will be found.

Speaking during a meeting organized by Petroleum Platform Association (PETFORM), in Ankara, Yıldız said; "we are determined to provide investment incentives for the oil and gas sector. Oil and gas imports are far higher than we anticipated and we target a level of oil and gas production that may satisfy half of our annual consumption".

Domestic reserves of oil and gas can only meet ten percent of Turkey's current annual consumption. Turkey relies on costly energy imports to fuel its growing economy and is always striving to find new energy sources. Energy imports are one of the main causes of country's US$ 60 billion trade deficit.

Turkey produced 26 million tons of crude oil and 8.4 billion cubic meters of natural gas during a 12-year-period, said Energy Minister Yıldız. "We must stubbornly keep on exploring on and off-shore."

The minister said a new deal will be signed in Istanbul for Caucasian resources, but refused to give further details on the deal, raising expectations of an energy deal for the region's hydrocarbon riches, which will help Turkey in its bid to become an energy hub.

"We are experiencing a new era that Turkey will benefit from its geostrategic advantage to transport oil and gas."

The energy ministry will begin awarding the licenses for oil and gas exploration on June 11, said Yıldız.

Turkey sees US$ 7.5 billion of investment in the oil and gas sector with 58 operating companies in 2014, whereas it was around 20 companies with an investment totaling to US$ 42 million in 2002.