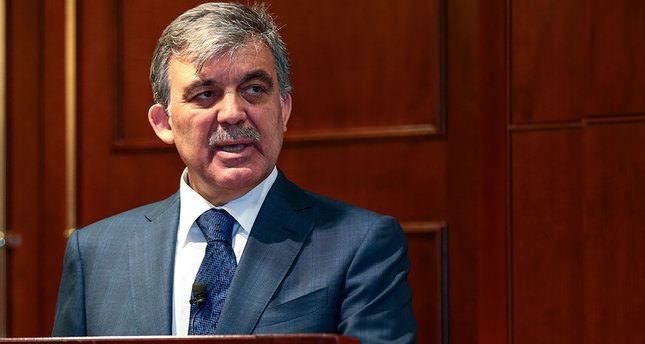 by AA May 31, 2014 12:00 am
BOSTON — The flow of oil from Iraq's north to Turkey's Mediterranean export hub of Ceyhan will remain in line with the Iraqi constitution, Turkish President Abdullah Gül said Friday.

"Nothing will be in question regarding complying with the constitutional rights of Iraq's central government," Gül said in a conference at Harvard Kennedy School in Boston.

The oil from the Kurdish regional administration in Iraq's north has been stored in Ceyhan for the last six months in line with an agreement signed between Ankara and Irbil.

The central government in Baghdad opposes the sale of the stored oil, claiming it would bypass the country's national State Oil Marketing Company and violate Iraq's constitution.

"Our wish is to see Iraq as a stable country that can use its sources for its own people," Gül said.

While negotiations on a deal between the Kurds and Baghdad authorities were taking place, almost 2.5 million barrels of oil was accumulating in Ceyhan waiting for Iraq to approve its sale.