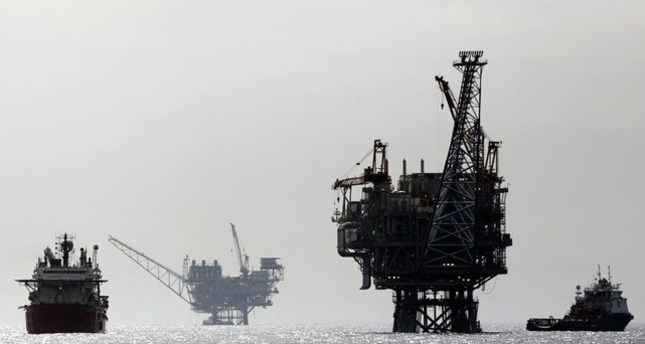 by Emre Diner
Jun 04, 2014 12:00 am
NICOSIA — The construction of an onshore liquefied natural gas (LNG) terminal in the Vassilikos coastal side of Cyprus continues to be the Greek Cypriot government's top priority. The island was found to have hydrocarbons when Noble Energy discovered the Aphrodite field in Block 12 of the island's Exclusive Economic Zone (EEZ). Original expectations pertaining to the amount contained in the field led to the planning of an onshore LNG facility that would ensure deliverability of the natural gas to lucrative geographical markets regardless of their distance from the island.

The field, discovered in late 2011, has an estimated gross mean resource of 5 Tcf. The quantities do not justify at present the multi-billion dollar project, but the survival of the terminal depends on various factors.

If a wide range of numbers has been given with regard to the quantities of gas needed for the completion of the project, it is because the answer is not straightforward. The reason for that is once the construction of the LNG terminal begins, it will take some time to complete, as much as 10 years according to experts in the field. It is difficult to predict where natural gas prices will be at that time given the constantly shifting market and the entrance of new players which could affect competition. Based on current Asian prices, experts estimate that as much as 7 Tcf is needed for the LNG project to be commercially viable.

Fiona Mullen, the director of Sapienta Economics, argues in the event of a 10 percent price drop in Asia, 8 Tcf will be needed, whereas if prices in Asia were to drop by 20 percent, as much as 10 Tcf will be required. If the European markets were to be targeted instead, the amount needed to fund the LNG terminal and make it commercially viable would be much higher given that natural gas would be sold for cheaper and hence more gas will have to be sold to make the same kind of income, adds Mullen.

Noble Energy plans to conduct further drilling in Block 12 of Cyprus' EEZ. The ENI-KOGAS consortium, holder of licenses for blocks 2, 3 and 9 will also commence exploration activities later this year. Total, licensed to drill in Blocks 10 and 11, is expected to begin in 2015. It will take a couple of years before results are revealed and confirmed by appraisal drilling and before the fate of the LNG project becomes clearer. Experts believe that in a scenario where the numbers encourage a final investment decision, and when all other conditions are favorable, its completion is to be expected anywhere between 2026 and 2028.

Originally, Israel was allegedly interested in pooling costs with Cyprus and participating in the LNG project. Their participation would have eliminated the urgent need to wait for additional successful encounters and precipitated the start of the construction. However, if Israel has taken, after a lengthy national debate, a decision in principle to export around 40 percent of its discovered reserves, it has not decided on its export routes, neither via Cyprus nor elsewhere. At the moment, Israel has expressed its intention to export to its immediate neighbors – Jordan, Egypt and the Palestinian Authority – and has entertained the possibility of using Egypt's unused LNG export terminals to process Israeli gas.

As mentioned previously, exporting gas via LNG is not the only possible option. If pipelines have to obey to the peculiar geopolitics of the Eastern Mediterranean, and be limited in terms of flexibility, they sometimes win on the grounds of commercial viability. A pipeline from Cyprus to Greece was analyzed and considered costly due to its depth and length. On the other hand, establishing a pipeline to Turkey has a prerequisite: the resolution of the division of Cyprus. Reunification talks are being conducted in tandem. The outcome is difficult to predict given the failure of previous attempts. Whether the hydrocarbon element will alter the equation is yet to be seen.