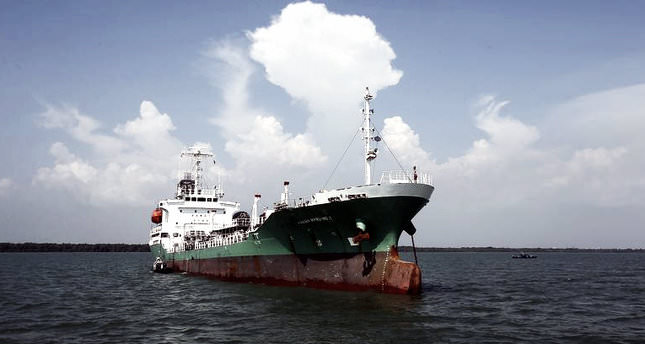 by AA Jun 05, 2014 12:00 am
IRBIL — The regional government in northern Iraq has again denied claims of delivery problems with a tanker ship carrying Northern Iraqi oil on Wednesday at a press conference in Irbil.

Safeen Dizayee, spokesperson for the Kurdish Regional Government (KRG), said that the oil has been sold at market value and has reached its destination.

Earlier, speaking to an Irbil-based TV channel on Monday, Dizayee denied claims that the U.S. had turned away the vessel transporting the oil.

On Wednesday afternoon, KRG Prime Minister Nechirvan Barzani and his high-ranking energy officials answered deputies' questions about the disputed sale of oil in Iraqi Kurdistan parliament in Irbil, the capital of the Kurdish-dominated region in northern Iraq. The prime minister reaffirmed the KRG's resolution to go on with the sale of oil.

Relations between Irbil and Baghdad have been strained by disputes over the sale of northern Iraqi oil through Turkey. After the Iraqi central government suspended funds from oil income to the KRG, Irbil went on to export oil in late May saying it would serve as compensation for the budget cut.

Turkey and the KRG have stated that the flow of northern Iraqi oil to international markets would continue despite Iraq's appeal for international arbitration demanding an immediate halt to the sales.

The northern Iraqi oil flows through a KRG-built-pipeline, which connects Iraq to a Turkish pipeline at the Turkish border, and it is sold through Turkey's Mediterranean port of Ceyhan.

"United Leadership," the ship loaded with the first batch of oil from Ceyhan, is currently off the Atlantic coast of Morocco, according to ship tracking data.