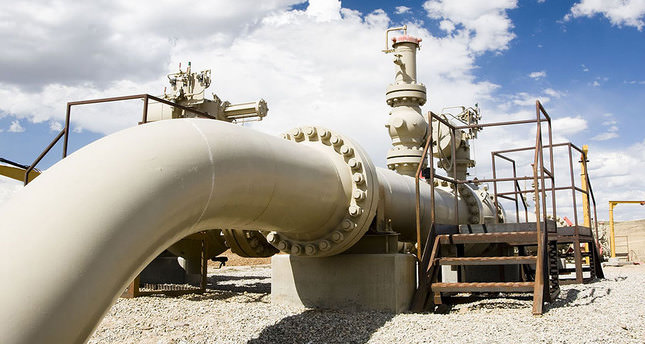 by AA Jun 10, 2014 12:00 am
ANKARA — The 'golden age' of natural gas will shift towards China from Europe in the next five years, the International Energy Agency (IEA) said in its Medium-Term Gas Market Report on Tuesday.

"Natural gas will be China's most important element in reducing its air pollution problems," the report said.

The fast and uncontrolled industrialization of China has caused various forms of pollution and 16 of the world's 20 most polluted cities are in China, a 2007 World Bank report reveals.

The report also says that China's natural gas demand will double by 2019, amounting to an annual consumption of 315 billion cubic meters of natural gas.

"We are entering a much more efficient era in natural gas trade," IEA Executive Director Maria van der Hoeven said. She added that the increasing demand for liquefied natural gas (LNG) in China and Asia-Pacific countries will be mostly met by private sectors in Australia, U.S. and Canada.

Half of the global LNG trade will be conducted by Australia by 2019 and North America will have an share of 8 percent, the report said, adding that global natural gas demand will rise by 2.2 percent every year.

The Medium-Term Gas Market Report is an annual report released by the IEA, showing projections for the upcoming five years in the natural gas sector.