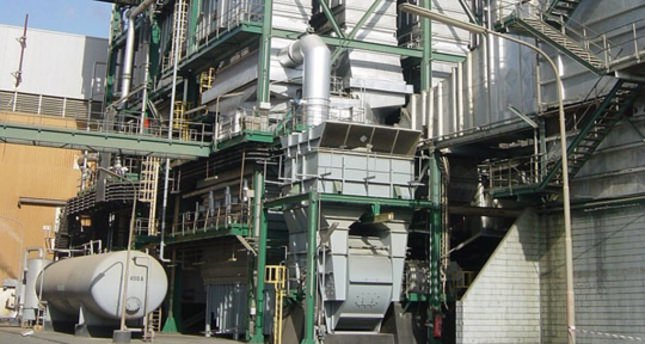 by Daily Sabah Jun 14, 2014 12:00 am
State-run Eti Mine Works was Turkey's export champion in 2013, after generating $790 million in revenues through exports while importing nothing, climbing to the top of the exporters list after ranking 16th in 2012.

Eti Mine Works, owned by state, has been ranked as Turkey's top exporter in 2013 after receiving $790 million (TL1.6 billion) in exports, while making no imports. The company was ranked 16th in Turkey before becoming the net export champion. Turkey enjoyed a growth rate of 4.3 percent in the first quarter of 2014. As exports are the driving force behind growth, the target is to hit $166.5 billion by the end of this year. As such, the "export champions" of the Turkish Exporters' Assembly are of great importance to the national coffers.

The majority of Turkish exporters are large importers, bringing their net export figure down. As Turkish daily Habertürk reported, in 2013, the Turkish Petroleum Refineries Corporation would appear to be first on the list with an export figure of $4.1 billion; but, Eti Mine Works, which is 16th on the list and 10th among producing firms, turns out to be the net export champion of Turkey with $790 million. According to the calculations, which are done based upon the imported raw material proportion of non-public companies and balance sheet footnotes of public companies, the list of Turkey's export champions changes.
RELATED TOPICS