Iraq's ISIS crisis might lead to a Kurdish oil boom 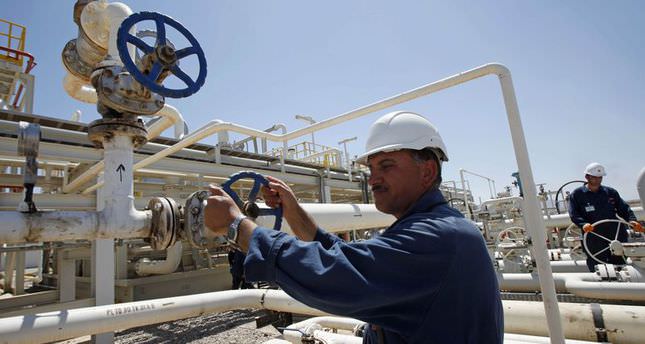 Iraq's federal government and the Kurdish Regional Government have long-standing disagreements over the agreement with Turkey to allow the sale of oil through Turkey to the international market, without going through Iraq's national oil regulator. The dispute over territory and the distribution of oil revenue is even enshrined in Article 140 of the Iraqi constitution which refers to their disputes over territory including the oil town of Kirkuk.

Northern Iraqi oil began shipment from Turkey's southern Ceyhan Port to international markets on May 22, prompting Baghdad to appeal for international arbitration against Turkey and a demand for the immediate halt to the oil trade.

ISIS and its allies have splintered the Iraqi government's control of the country when they seized Iraq's second-largest city Mosul and its surrounding area on June 10. On Monday they seized complete control of northwestern Iraqi district Tal Afar, while they have also taken control further south through Tikrit City in Salahuddin and Fallujah in the western province of Anbar.

Unable to cope with the militants' advances, especially in oil abundant Kirkuk, Iraq's government has relied heavily on the support of the Peshmerga forces, (armed Kurdish fighters) loyal to the Kurdish Regional Government in the country's north.

Experts told Anadolu Agency that oil sales in Iraq seems to remain unaffected by ISIS terror, while the Kurdish Regional Government may increase the volume of their oil exports via Turkey, while gaining leverage against Baghdad. Experts warn, however, that they need to play their cards carefully.

"Most of Iraq's oil is produced and exported from the south to the Gulf and that is not affected," said Washingon-based Wilson Center expert David Ottaway.

Ottaway said that ISIS will not go into Northern Iraq, and the oil there will continue to flow. He added that Baghdad, in order to maintain its much needed military support from Northern Iraqi Kurds against ISIS, will cease to block the sale of their oil abroad and as trade becomes easier, demand will likely increase.

Will Kurds benefit from the crisis?

Dr. David Romano, from Missouri State University, said Baghdad now cannot but accept Northern Iraqi Kurds' demands for their own export regime, and this will be to Turkey's benefit.

Romano claimed this situation could benefit the Kurds in Northern Iraq both economically and politically. The existence of Peshmerga in Kirkuk could result in a de facto annexation of the city controlled by the Kurdish Regional Government, demanding high oil prices due to Iraq's instability.

The price of Brent crude increased on Monday to a near nine-month high above $113 per barrel over concerns of the ongoing insurgency in Iraq.

On the contrary, Dr. Denise Natali, a researcher at the National Defense University believes the benefits of the Kurds in Northern Iraq depends on how they play their hand.

"If they overreach, they will lose or will be unable to get the most they could get," she emphasized referring to the possibility of Kurds taking excessive steps by seizing Kirkuk.

Natali draw attention to two ships of KRG's oil which had difficulty finding customers on the international market, and predicted that the third ship which planned to sail on June 22, may face the same fate.

Despite the leverage gained against Iraq's Nouri al-Maliki with the peshmerga's presence in Kirkuk and their protection over the oil fields, Natali said that the annexation of Kirkuk would not be a smart step as it is unlikely that Sunni groups will allow it.

"This is a much more complicated situation than the Kurds winning out and gaining their oil rights," she highlighted.