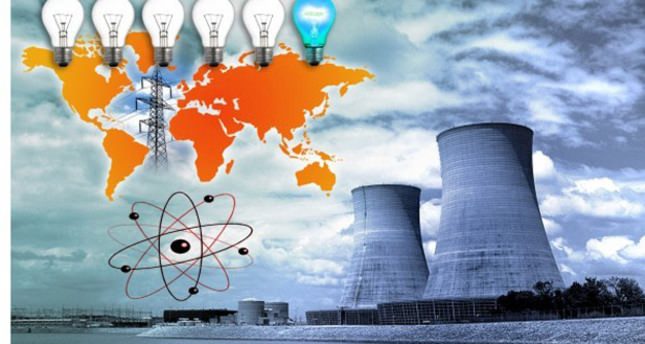 Akkuyu NPP JSC, planning to construct a nuclear power plant in Mersin, has answered about 30,000 people’s questions on nuclear energy within a year and a half

The Information Center of Akkuyu NPP JSC, which plans to construct a nuclear power plant in Gulnar, a district of Mersin, in southern Turkey, has answered about 30,000 questions on nuclear energy in a year and a half.

The information center was built by Akkuyu NPP JSC in the city centre in 2013 to raise awareness and provide people with first-hand information.

It was built under the leadership of Rosatom State Corporation, another company participating in the project. Nuclear physics specialists inform people about the plant's working principles, the fueling process of the units, the procedure for waste disposal as well as the security precautions, using a model of the plant to help explain.

Since January 2013, when it was established, the center has answered the questions of about 1,500m people a month from different ages and sections of the society. The center also provides students with information about electricity generation in a simplified way.

Information Centre Director Faruk Uzel said those working at the center want people from every part of society, including students and non-governmental organizations, to have access to accurate information.

Uzel said they coordinate with the Directorate of National Education and school directors to inform students.