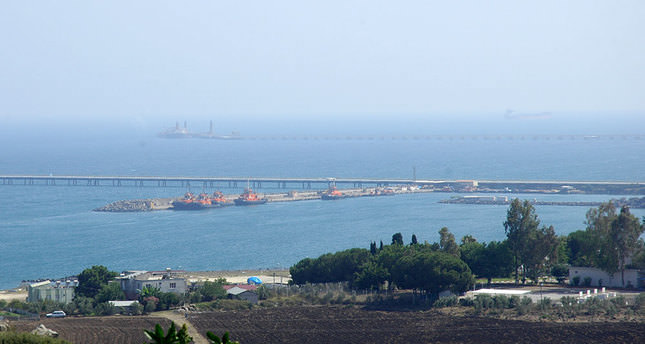 With Ceyhan on its way to becoming an energy hub, there are hopes employment levels will be boosted in the district. Ceyhan, aiming to draw the attention of big investors, is expected to get even more investments in the coming years.

President of Ceyhan's Chamber of Commerce Şeref Can said he believes the lack of an organized industrial zone in Ceyhan led to the district not being able to use its full potential. He said the first goal is to raise employment in the region. Drawing investors to the district will happen by establishing an organized industrial zone and a petrochemical plant, he said.

"We are waiting for investors intent on providing employment"

Speaking of the 14,500-acres available for energy development, Can said, "A petrochemical plant is planned to be built here. If these accrue, more investors will come to the district."

He said the city is looking forward to attracting investors who will focus on creating employment as opposed to making huge profits.

Explaining that having an organized industrial zone will make it easier for Ceyhan to reach its goals, Can said that once it is established, not only will Adana's future be bright, but so will that of southeastern Turkey.

Can said the Baku-Tbilisi-Ceyhan and Kirkuk-Ceyhan pipelines contribute much to the national economy and have strategic importance for getting Ceyhan's name heard.

"Ceyhan and Turkey are one and the same," he said. "Adana or Ceyhan do not benefit separately from such developments. It is for Turkey's benefit. However, what we want to see here in Ceyhan is that investors provide people with employment by working in our region.