Shipments of KRG oil to restart in coming days 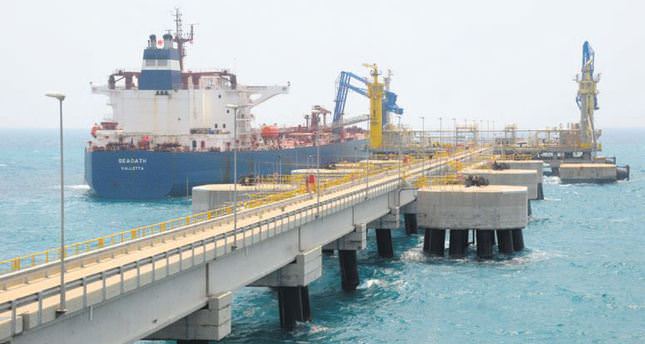 Turkish officials announced last week that the Ceyhan oil port had reached its storage capacity and the flow of Kurdish oil to it had stopped. But officials said that oil shipments to the energy hub will restart in the coming days after the oil tankers in Ceyhan are loaded. Last week Turkish Energy Minister Taner Yıldız announced that crude oil shipments from the Kurdistan Regional Government (KRG) stopped because the storage capacity was full at Ceyhan's port. "Oil flow stopped from Iraq temporarily, but within a few days oil could be pumped to Turkey again," Yıldız said. KRG oil exports from Ceyhan began on May 22 and so far Turkey has transferred nearly 4 million barrels of oil from the KRG to international markets. The total storage capacity Ceyhan allocated for KRG oil is about 2.5 million barrels.

So far 4 million barrels of KRG oil have been sold to international markets via four crude oil tankers and according to oil industry experts three new tankers are expected to arrive in Ceyhan in the coming days to load 2.5 million of KRG oil. However, the fate of the crude remains unclear. Turkish officials say that they are not involved in the sale of oil. "Our jobs end here when the crude oil is loaded onto tankers in Ceyhan. We are not involved in the rest of the deal and we don't deal with the buyer and price issues," a senior official from Turkey's state-owned pipeline operator BOTAS remarked.
Meanwhile, Yıldız announced on Sunday that the Baku-Tbilisi-Ceyhan (BTC) crude oil pipeline has been used to transport more than 2 billion barrels of crude oil to date. The BTC pipeline has been transporting Azeri oil from the Caspian Sea to the Ceyhan Port of Turkey through the Georgian capital of Tblisi and the pipeline, which has been operating since 2005, has thus far transferred 2 billion barrels. During his speech in the Turkish province of Adana, Yıldız stressed the importance of the BTC pipeline for the region and stated that the TPAO has 6.75 percent of the shares in the
BTC crude oil pipeline. Nearly 3 percent of the world's oil trade is flowing along the BTC and Kirkuk-Yumurtalık crude oil pipelines.

Baghdad filed a lawsuit against Ankara, after Kurdish oil was sold and transported through Turkey. The selling of the oil bypasses Iraq's national State Oil Marketing Company and violates the country's constitution, Baghdad claims. The oil has been sitting in the southeastern Turkish port of Ceyhan for the last six months, while Irbil and Baghdad negotiated an agreement for the oil sales. The regional Kurdish government, however, says that Baghdad cut their share of the revenues from the national budget and that they are determined to export oil via Turkey in order to compensate for the loss, claiming that to do so is a unequivocal constitutional right and in line with 2007 Iraq oil law. Iraq holds the world's fifth largest known oil reserves with 143 billion barrels.
Last Update: Jul 21, 2014 11:55 am
RELATED TOPICS