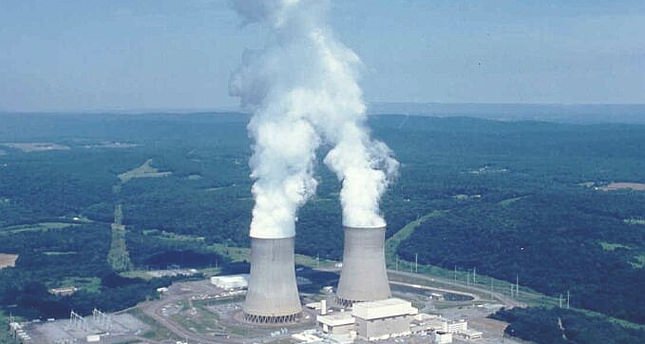 by Daily Sabah Jul 22, 2014 12:00 am
Dr. Necmeddin Yazıcı, president of the physics department at Gaziantep University in a statement regarding Turkey's nuclear energy projects said "if Akkuyu and Sinop nuclear plants were active, they would cover 30 percent of Turkey's total energy consumption."

In his statement Yazıcı underscored the fact that even oil-rich countries erect nuclear plants. Yazıcı emphasized that Turkey had an aim of $500 billion (TL 1.06 trillion) annual exports and a $25,000 per capita income but Turkey's 72 percent energy dependency on foreign sources is a huge handicap. In addition to stating that Turkey imports 98 percent of natural gas, 92 percent of oil and 30 percent of coal, Yazıcı said, "areas where renewable energy plants can be installed are very limited." He added that Turkey's energy demand increases around 6-7 percent every year, while it is almost completely dependent on energy imports.

"To overcome the energy challenge, Turkey should increase its electric generation capacity by 4000-5000 megawatts per year. Turkey ranks second after China in rise of energy demand," Yazıcı noted. As seen in reports, 13 percent of global electric generation is covered by nuclear plants.